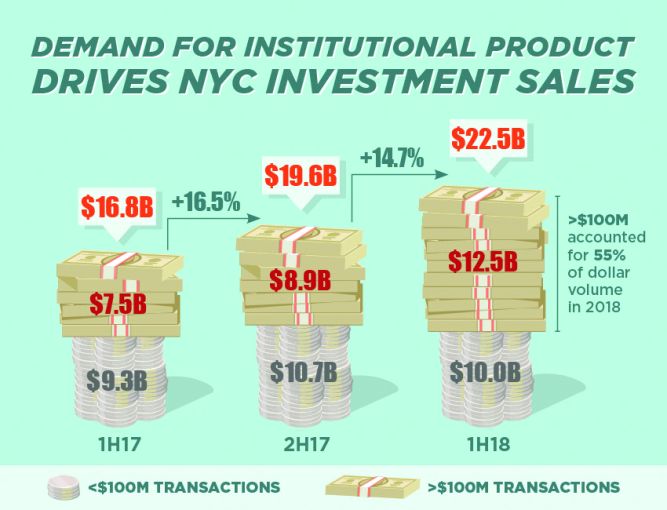 It’s official. The New York City investment sales market has bounced back. After hitting rock bottom in the first half of 2017 from a dollar volume standpoint—when only $16.8 billion traded—the market has steadily crept back up to healthy levels. Through the first half of 2018, New York City investment sales totaled more than $22.5 billion, a 33.7 percent increase and 14.7 percent increase from the first and second halves of 2017, respectively. Both Manhattan and outer-borough investment sales have followed this trend. Manhattan investment sales increased over the last two six-month periods and are up an average of 30.5 percent compared with the first and second halves of 2017 with more than $14.3 billion sold this year. The outer boroughs’ total is up in each of the last six-month periods as well, by an average of 17.5 percent compared with the two halves in 2017, with nearly $8.2 billion in sales.

The majority of this increase in New York City dollar volume can be attributed to growing investment in institutional product, as transactions $100 million and greater have steadily increased in both the second half of 2017 (+18.5 percent) and the first half of 2018 (+39.6 percent). As depicted in the table to the right, trades of these premium assets accounted for more than half (55.5 percent) the volume traded so far this year.

This is partially due to the increase in investment sales $250 million and greater, as 17 sales closed throughout New York City in the first half of 2018, which equaled the annual total for 2017. Manhattan dominated this price bracket with 15 such closed transactions led by Google’s purchase of Chelsea Market for $2.4 billion during the first quarter of 2018. Even without this record-breaking transaction, total volume for Manhattan would have still climbed this year as more investors are apt to pull the trigger as values stabilized over the last 18 months. After climbing to an eight-year peak of $1,446 per square foot in 2016, pricing fell 4.4 percent into 2017 and an additional 1.6 percent into the first half of 2018, closing the gap between buyer and seller expectations and fueling deal-making. 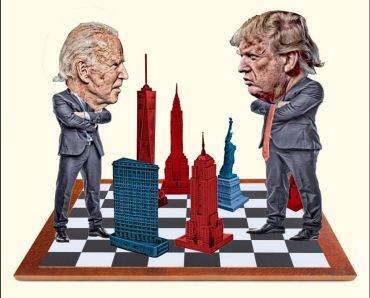 Property Lines: Picking Sides On the Real Estate Policies of Biden and Trump