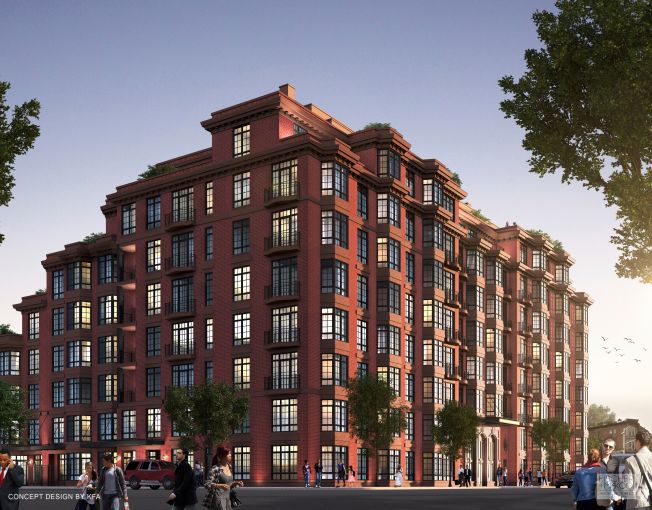 A rendering of the planned building at 867-861 Fourth Avenue. Image: Heritage Equity Partners

Heritage closed on two adjacent tracts of land at 861-881 Fourth Avenue between 32nd and 33rd Streets—previously occupied by a gas station—that have up to 102,000 square feet of buildable space earlier this month, according to CPEX Real Estate, which represented both parties in the sale.

“The area is in need of new housing developments, particularly full-service elevator buildings, which do not exist in the vicinity,” Brian Leary, a managing partner at CPEX who handled the sale, said in a statement. Leary worked along with Sean Sears, Jidan Kim and former CPEX agent Sean Kelly on the deal.

Plans call for a 150-unit rental building with a gym, pool and “high-end finishes,” according to Moskovits.

“We’re very inspired by the renaissance in the neighborhood, especially the work done by Industry City,” Moskovits said. “We believe that there’s a need for additional housing.”

Moskovits hopes to get building permits for the project soon and expects construction to take between 18 to 24 months to finish.

Update: This story has been updated to include details from the developer.