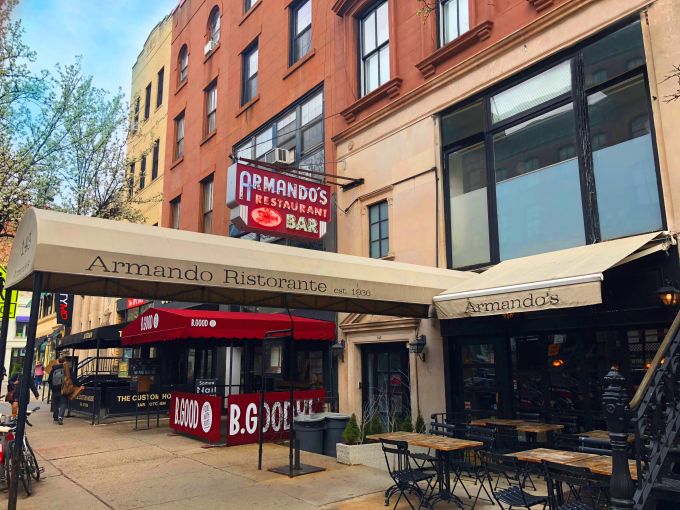 Grand Canyon Diner owner Gonzalo Carreto signed a 15-year lease for 2,000 square feet on the ground level at the property between Clinton and Henry Streets, according to Meridian Capital Group. The asking rent was $27,500 per month, and the restaurant is slated to open in the fall.

The space was occupied by the classic Italian eatery Armando’s Restaurant and Bar from 1936 (minus a brief hiatus from mid-2008 to late 2009) until this year when the building sold to Uri Koptiev for $7.4 million on Feb. 14, according to a May 22 Brooklyn Daily Eagle article. Armando was frequented by celebrities including Marilyn Monroe, Arthur Miller and Norman Mailer, the Eagle said.

James Famularo and Eliot Goldschmidt of Meridian’s retail leasing division represented both sides in the deal.

Goldschmidt noted that the “landlord decided to go with Gonzalo because of his 25-year history in the neighborhood.”

This is actually the second incarnation of Grand Canyon on Montague Street—the diner (under different management) was just down the block at 141 Montague Street until it shuttered in 2015.

The building includes one floor of offices and apartments above.