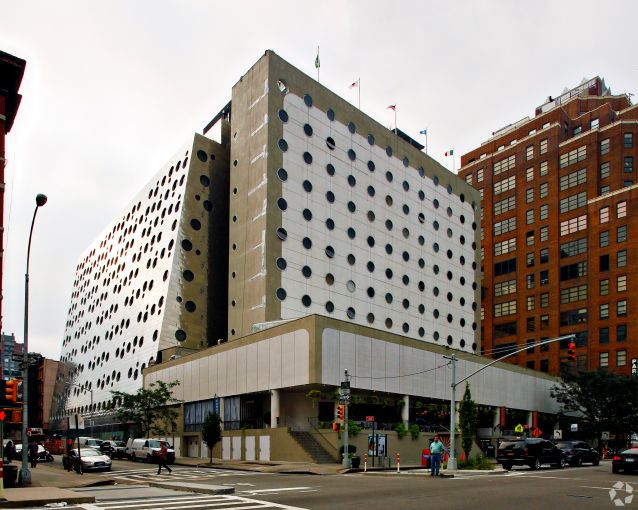 A powerful Qatari financier has lent $100 million to refinance the Dream Downtown hotel in Chelsea, according to property records.

The new debt, technically from a Luxembourg-incorporated entity called GHH Holdings, is split among two mortgages, one worth $80 million and another for $20 million. The two loans refinance the outstanding principal from a $128 million loan that GHH originated last year, as per documents filed with the city today.

In November, Bloomberg reported that GHH is an affiliate of Pinnacle Investments, a company controlled by Qatari magnate Sheikh Hamad bin Jassim bin Jaber Al Thani. Al Thani was the prime minister of the country from 2007 to 2013 and is a grandnephew of the country’s founder.

Housed in a 1960s building erected as the headquarters for the National Maritime Union, the Dream Downtown comprises 314 rooms and suites, with porthole-style windows that recall the prior building’s association with a nautical enterprise. The hotel, at 355 West 16th Street between Eighth and Ninth Avenues, also includes a fitness center and a glass-bottomed outdoor pool built on a deck above the lobby. A Mexican dinner restaurant run by chef Michael Armstrong, Bodega Negra, operates as a casual café earlier in the day.

Sant Singh Chatwal’s Dream Hotel Group runs the lodging, along with other Dream-branded properties in Midtown Manhattan and Hollywood. The company plans to open 16 more hotels across the country by 2020.

Rooms available this week start at about $550 per night, according to the hotel’s website.

As foreign investors from China and Saudi Arabia have unwound some of their New York City real estate holdings in recent months, Al Thani has doubled down. Last year, he acquired the mortgage on the Plaza Hotel around the same time its part-owner, Saudi billionaire Prince Alwaleed bin Talal, sold off part of his 25 percent stake in the property. (Bin Talal was put under house arrest last year as part of Saudi leader Mohammad bin Salman‘s clampdown on Saudi royals.)

Since his tenure as prime minister ended, Al Thani has been connected to a handful of major Big Apple real estate deals. He served as Harry Macklowe‘s equity partner in a $585 million purchase of 1 Wall Street in 2014, according to The Real Deal, and has come close to backing a loan that would provide lifeline to Kushner Companies for its stake in the troubled 666 Fifth Avenue, The New York Times reported.

Representatives for Al Thani could not be reached. Spokeswomen for Dream Hotels did not immediately respond to an inquiry.