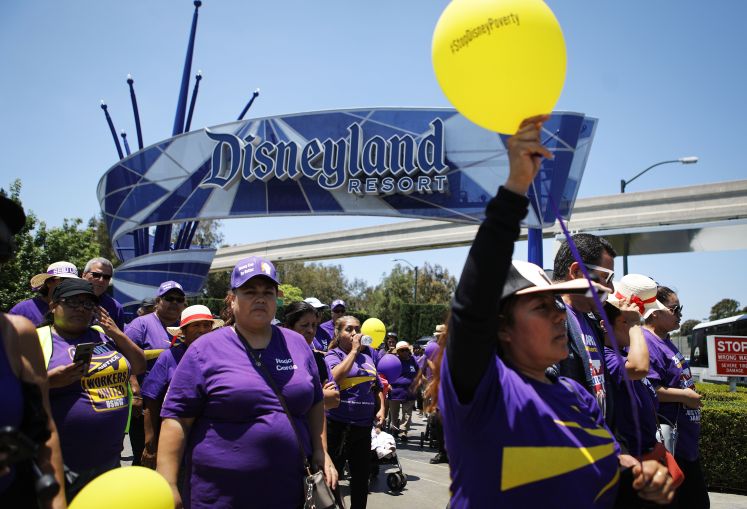 Disneyland workers and supporters march while protesting low pay and calling for a living wage at the Disneyland entrance. Photo: Mario Tama/Getty Images

Disneyland Resorts has reached an agreement with its largest labor unions for a minimum wage rate increase of 40 percent within the next two years. By 2019, workers will receive $15 per hour, up from their current of $11, the corporation announced last Thursday.

Union members of the Master Services Council have been waging protests and actions, even enlisting the aid of U.S. Sen. Bernie Sanders and Good Jobs Nation in a rally in June, as Commercial Observer previously reported, to bring attention to their cause.

This comes after the Big Mouse’s original offer, proposed two days after Sanders’ event, which would have raised the wage by 36 percent over a three-year span after which “master services cast members” would have made $15 per hour by 2020, two years ahead of the state’s minimum wage standard increase.

“Disneyland Resort has long taken pride in providing an exceptional employee experience, and this agreement sets a new bar with minimum wages that are among the highest in the country. Our unprecedented offer shows our commitment and care for our cast members and is the largest increase in our history,” said Josh D’Amaro, the president of Disneyland Resort, in a statement. “Our cast members are at the heart of making our guests’ dreams come true, and this meaningful pay increase reflects the valuable roles they play at the resort.”

The tentative contract agreement applies to about 9,700 people who work in the eateries and retail shops, operate attractions and provide maintenance at Disneyland and Disney California Adventure Park, the Disney hotels and a nearby shopping district.

The battle over workers’ wages, however, is far from over. A coalition of 11 labor unions representing Disneyland workers collected enough signatures to put a ballot measure before Anaheim voters this November that would require Walt Disney Co. and other large Anaheim hospitality employers that accept city subsidies to pay the resort workers a “living wage.”

The coalition wants workers to be paid a minimum of $15 an hour starting Jan. 1, 2019, with salaries rising $1 an hour every Jan. 1 through 2022. Once wages reach $18 an hour, annual raises would then be tied to the cost of living. 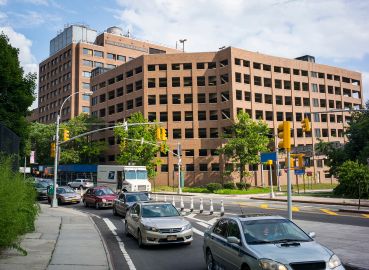