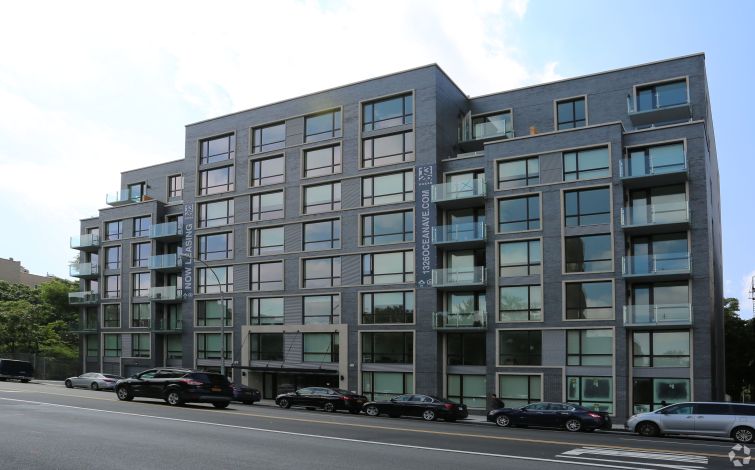 Valley National Bank has provided a $42 million refinancing to Cheskel Schwimmer‘s Chess Builders on the firm’s recently built rental apartment building in the Flatbush section of Brooklyn, according to property records.

The new mortgage, lent against 1326 Ocean Avenue, replaces $24.2 million in previous debt from First Niagara Bank, a loan that was transferred to KeyBank after that company bought First Niagara in 2015. Valley’s new loan also adds $17.7 million in additional debt on the property, which stands just south of Avenue H a block west of Brooklyn College. (The property’s southern edge abuts railroad tracks used by freight trains.)

Designed by Karl Fischer, an architect responsible for other Brooklyn residences such as Schaffer Landing and Park Plaza in Williamsburg, the eight-story Flatbush building finished construction just ten months ago. Its 116 units feature a roughly even mix of studios one- and two-bedroom apartments. A lease on a 550-square-foot studio closed for $2,000 per month in June, according to data from StreetEasy. In May, a slightly larger two-bedroom apartment rented for about $600 more.

Williamsburg-based EXR Development Marketing handles leasing at the site. The building comes with a roof deck, a gym and on-site laundry.

A representatives for Valley National declined to comment. Chess did not immediately respond to inquiries.