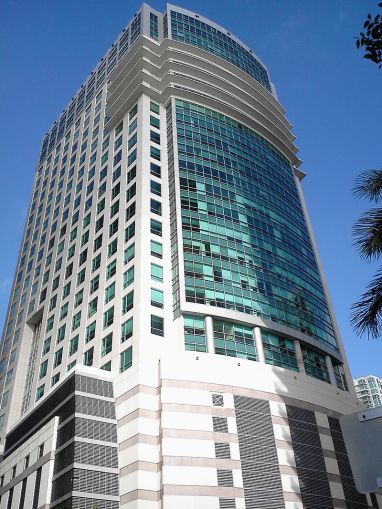 KKR and Parkway Property Investments have sealed a $217 million mortgage to acquire a 30-story office tower in Miami, Fla., according to an announcement from Square Mile Capital, the lender in the deal.

KKR and Parkway spent $217 million on the property, according to The Real Deal. In 2013, the previous owner, PGIM Real Estate, paid $184 million for the building, which was built in 2000, Globe Street reported.

“Eleven-eleven Brickell is one of the premiere office assets in Miami,” Square Mile Vice President Eric Cohen said in a statement. “Between the building’s desirable location, Brickell’s strong market fundamentals and KKR and Parkway’s planned renovation, we believe this property is well-positioned for continued success.”

The building stands just south of the heart of downtown Miami, overlooking the channel that separates the mainland from Miami Beach. It’s a flourishing business district, but within a city prone to increased flooding in recent years, the Sabadell center’s neighborhood marks an area of particular concern. The course of Brickell Avenue in front of the center runs more or less at sea level, and during last year’s Hurricane Irma, CBS News reported that the storm had turned the neighborhood’s streets into “rivers.”

Amy Julian and Christian Lee of CBRE‘s Miami capital markets group brokered the financing for the ownership team. Representatives from CBRE, KKR and Parkway did not immediately respond to inquiries.