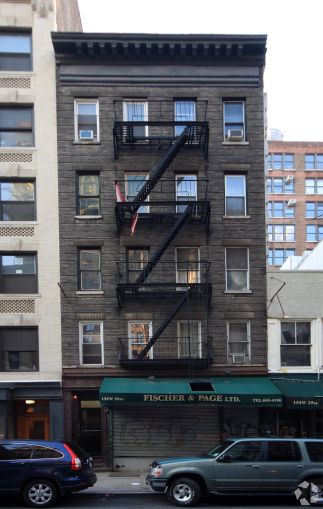 New Jersey-based investor Frank Ng has nabbed a $60 million package from Shanghai Commercial Bank to begin construction on his planned 32-story residential hotel at 132 West 28th Street in Chelsea, according to records filed today with the New York City Department of Finance.

In July 2017, permits were filed with the New York City Department of Buildings to erect a 203-key, 326-foot-tall residential hotel with roughly 96,000 square feet of commercial space and 31,000 square feet of residential space. JWC Architects was listed in permits as the architect of record. Real Estate Weekly first reported on the permits for the planned development last year.

The project will house eight rooms on each floor between the fourth and 17th floors and between floors 19 through 28. The 29th floor will have three rooms and the third floor will have four.

The site has 240,000 square feet on which to build and the finished product will include a hotel lounge and bar at the ground floor, a fitness center on the second floor and conference rooms and a club on the 30th floor.

Ng acquired the property along with a number of adjacent lots in December 2007 for just over $14 million, property records show, and then later moved to sell the assemblage—located from 132-144 West 28th Street—in 2014. Eventually, the five-story, 15-unit apartment building previously at 132 West 28th Street was approved for demolition in April 2014.

The Chelsea neighborhood is sprinkled with boutique hotels set to compete with Ng’s development, including an Ace Hotel of New York at 20 West 29th Street, the Arlo NoMad at 11 East 31st Street and The NoMad Hotel at 1170 Broadway.

Neither Frank Ng nor officials at Shanghai Commercial Bank could immediately be reached.