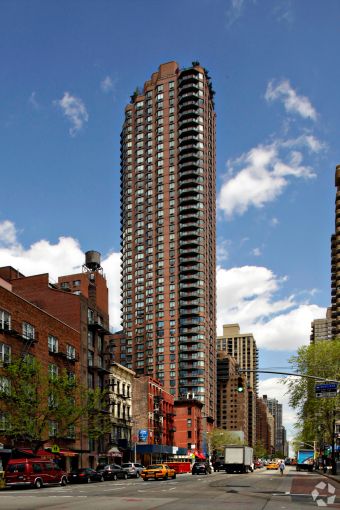 PGIM Real Estate Finance has provided Glenwood Management with $98 million, including a $5 million Fannie Mae loan, to refinance The Lucerne, a 44-story Upper East Side luxury rental building at 350 East 79th Street, according to records filed with the New York City Department of Finance.

The Lucerne is a 44-story, 365,000-square-foot luxury apartment building constructed in 1989 and situated between First and Second Avenues in the Upper East Side. It comprises 236 units and a parking garage spread across two, interconnected buildings.

The majority of units within the building are one- and two-bedroom apartments. Monthly rents for one-bedrooms start at around $3,600 while rents for the property’s five-bedroom units go up to approximately $16,000, according to information from CoStar.

The property includes a members-only fitness and swim club that spans 7,000 square feet and includes a 55-lap pool as well as saunas. Additional amenities include landscaped rooftop decks, a recreational lounge and a children’s playroom, according to Glenwood’s website.