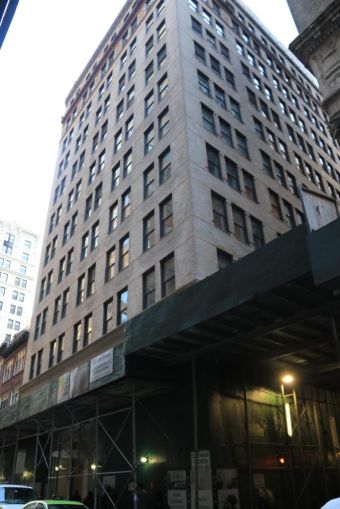 LoanCore Capital provided an entity led by real estate investor Alexander Levin with a $55.5 million loan to refinance One Dutch Street, a converted 14-story condominium-to-rental building in the Financial District, according to records filed Wednesday with the New York City Department of Finance.

The financing consolidates and replaces roughly $55 million in acquisition financing from LoanCore from January 2016. Levin bought the property at auction in December 2015 for $73.6 million after a previous foreclosure and bankruptcy settlement ended the tenure of the previous owner, Orin Management. The refinance included a new $500,000 gap mortgage, records show. The deal closed on June 8.

Levin borrowed under the original purchasing entity 45 John NY LLC and signed under a holding corporation called Capital Invest Alliance. One Dutch Street, with an alternate address of 45 John Street, is a 14-story, 100,000-square-foot converted condominium with a rather contentious history.

Brooklyn real estate investor Chaim Miller and partner Chun Peter Dong acquired 45 John Street in March 2014 for $60 million, with a goal to finally complete a stalled plan to convert the 84 units into condominiums. The plans never came to fruition, which led to Miller eventually moving to sell the building just six months later.

Harry Sohn’s Orin Management was in line to purchase the building from Miller for $66 million in 2014 and even made a $14.3 million down payment to take control of the property. Miller eventually backed out of the agreement, and Orin filed for bankruptcy protection. Sohn sued and accused Miller of not disclosing that the property’s mortgages were in default and argued that the only reason the deal fell through was because Miller’s previous partners on the property were also trying to sue him and his partner Sam Sprei.

Previous players in the deal also sued Miller, arguing that they loaned him money for the purchase of 45 John Street, while Dong claimed he didn’t authorize the sale of the building to Orin.

According to a settlement agreement reached with all parties in December 2015, Dong was awarded $1.5 million; Madison Realty Capital, which held the debt on the property, took away $53 million; Orin received $13.1 million and all existing cash reserves associated with the building. Miller and Sprei were tapped to pay the accrued interest on the mortgage.

Neither Capital Invest Alliance nor LoanCore could immediately be reached.