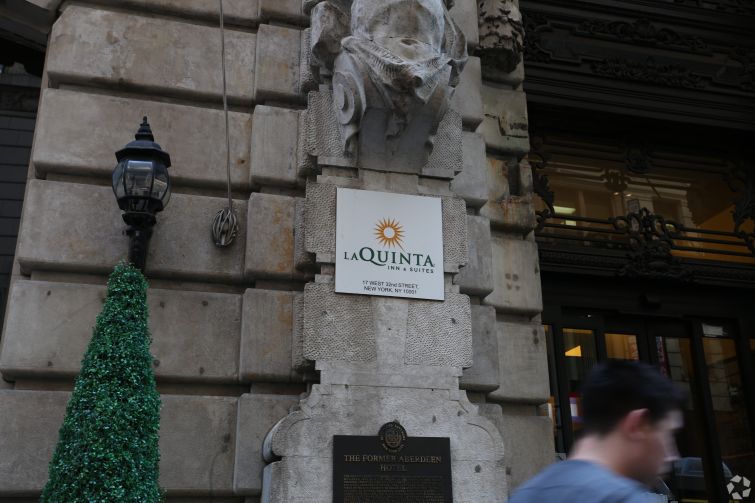 J.P. Morgan Chase has cemented a $1 billion commercial mortgage-backed securities loan on a portfolio of hundreds of La Quinta hotels, according to documents published by credit-rating agencies.

The sponsor, CorePoint Lodging, will pay a fixed interest rate of 2.75 percentage points over one-month Libor, capped at 3.25 percent by a credit-support agreement with Sumitomo Mitsui Banking Corporation over the debt’s initial period. The interest-only loan has a term of 24 months, but CorePoint can extend the financing to seven years barring cash-flow problems.

CorePoint, which trades on the New York Stock Exchange as CPLG, is a new real estate holding company that emerged from last month’s merger between La Quinta and Wyndham Hotels & Resorts. After Wyndham’s acquisition of La Quinta, the combined company will continue to manage and franchise La Quinta-branded hotels, but ownership of the underlying properties has been spun out under CorePoint.

Blackstone, which had purchased the portfolio properties and the La Quinta brand for $3.4 billion in 2006, retains 30 percent ownership in CorePoint after the Wyndham merger.

More than 300 La Quinta hotels secure the massive portfolio loan, with major concentrations in Texas, Florida and California combining to represent about half the collateral’s total value. Together, the hotels comprise nearly 40,000 rooms. About 95 percent of the properties are limited service. Since 2010, La Quinta had spent more than $700 million on capital improvements at the properties, and about a third of them have been touched up within the last two-and-a-half years.

A spokeswoman for J.P. Morgan Chase declined to comment on the deal, and CorePoint representatives did not immediately respond to an email.

Financial results for the assets—which mostly offer only basic amenities—have been relatively consistent, if uninspiring. To date in 2018, the portfolio’s rooms have notched 64 percent occupancy at an average rate of $86 per night, on par with performance since 2015. But those numbers significantly lag La Quinta’s closest competitors: Holiday Inn, for example, scored average average room rates of $160 last year, and booked 80 percent of rooms nightly. Hampton Inn earned an average of $122 per room each night, with just below three-quarters occupancy.

The La Quinta portfolio’s loan-to-value ratio at underwriting is just over 42 percent, but lenders’ appetite for mortgages on low-service hotels, even when aggressively leveraged, has burgeoned this year. Lenders—including debt funds and balance-sheet bank operations as well as CMBS originators—have shown special favor to sponsors, like La Quinta, who have been willing to pour money into capital improvements.