Kushner Looks to Invest $2B in Hospitality Sector 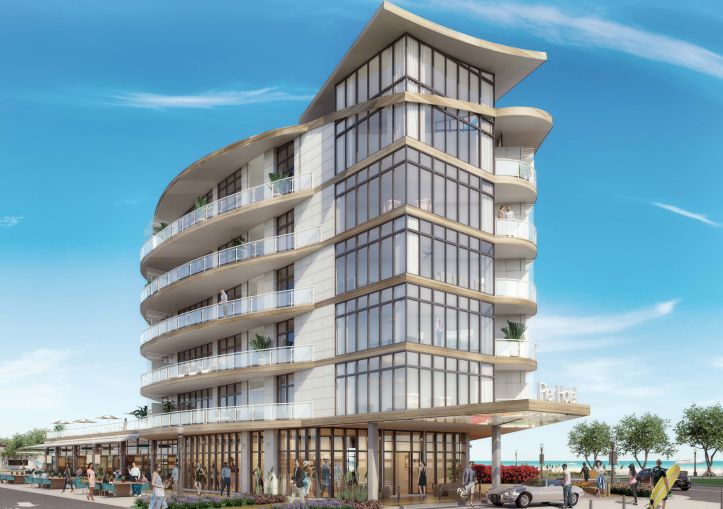 Kushner is looking to build “a portfolio of a couple billion dollars of hospitality assets over the next several years,” the company’s first head of hospitality, Will Obeid, told Commercial Observer.

Obeid talked to CO yesterday after The New York Times reported that Kushner and the Trump Organization decided to forgo plans for the latter to manage the oceanfront hotel Kushner is building at Pier Village in Long Branch on the Jersey Shore in New Jersey, and end the agreement for Trump to manage the Westminster Hotel in Livingston, N.J.

“We’re just going in a different direction,” Kushner’s spokeswoman said in response to The Times story.

That different direction includes the November 2017 hiring of Obeid to establish a hotel division. He had been the president and CEO of Gemini Real Estate Advisors.

Kushner’s reason for investing in hotels at this time, Obeid said, is twofold.

“They had bought this large mixed-use Pier Village project years back and it was now at a point there were these two hotels that were on the drawing board to be developed as part of [it],” Obeid said. “So they knew they needed to develop this hotel expertise in-house. Secondly, I think they saw the hotel investment market as a sector they didn’t have much exposure in and one where it may be opportunistic to make some significant investments over the next few years.”

Since Obeid’s start, Kushner acquired the 24-room oceanfront boutique Bungalow Hotel in Long Branch from Ironstate Development Company in May for $9 million. The hotel, opened in 2009, is adjacent to Pier Village, which Kushner co-owns with Extell Development.

Bungalow Hotel draws “an artsy creative type” as it is an art-driven hotel “with fantastic design and art on the walls, very large guest rooms, high-end furnishings,” Obeid said.

In addition, Kushner is developing two hotels in Pier Village. One is under construction and slated to open next summer at six stories with 67 keys. It will include five different food and beverage outlets developed and managed by Apicii, the company behind Greenwich Village restaurant Casa Apicii. The Minno & Wasko-designed hotel will include a 4,000-square-foot event space on the sixth floor overlooking the ocean.

According to Obeid, “That hotel will be targeting a customer that is looking for that quintessential beach hotel property where they can have a lot of fun, kick back, enjoy some great food and drinks within a beautifully designed hotel. It will be friendly to families as well with a great number of adjoining rooms.”

The other hotel is still in the pre-planning stages, but is expected to be surfing-focused, Obeid said, “with a lot of surfing-inspired touches” plus surf board rentals and lessons as well as yoga and other fitness classes that extend right out onto the beach.

“Certainly there is ample demand within Long Branch and Jersey Shore for all of these hospitality concepts within Pier Village,” Obeid said.

Laurent Morali, the president of Kushner, said in a statement that Obeid “is quickly establishing Kushner as a major hotel investor in certain key markets.”

Kushner is also turning up its retail game.

At the beginning of this year, retail pro Max Swerdloff left Eastern Consolidated, where he had brokered deals for Kushner, to work in-house at the development and investment company.

Nicole Kushner Meyer, a principal of Kushner, told CO last November that she credited Swerdloff with leasing up 15 of 15 vacancies in the landlord’s 2,000-residential unit East Village portfolio in about a year’s time.

“He’s really been fantastic in regards to his energy and canvassing tenants and understanding what we want,” Kushner, the wife of CO’s chairman, said at the time.