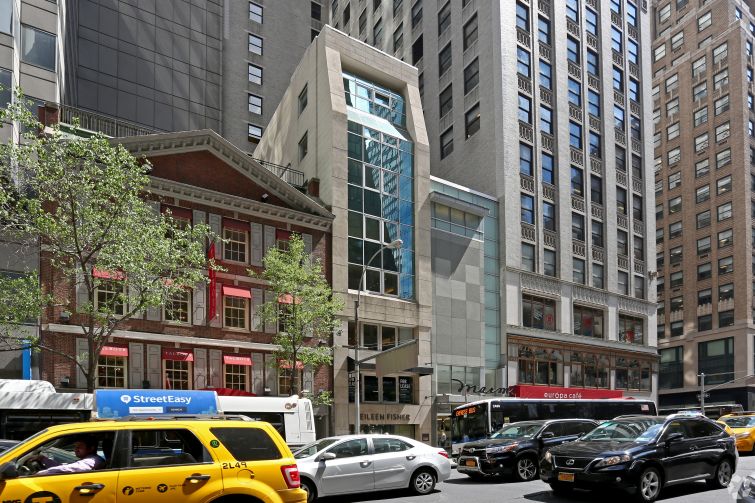 The 168-year-old suit maker has agreed to take 1,800 square feet spanning the entire second floor of the eight-story, roughly 15,000-square-foot office and retail building between East 53rd and East 54th Streets, the brokers involved in the transaction told CO.

The deal—a three-year lease that gives the tenant an option for an additional two-year term—was signed last week, with Castangia set to take occupancy of the space on July 1 and open its doors later in the month.

Asking rent in the transaction was $65 per square foot. Steven Evans of Platinum Properties represented Castangia in the deal, while Alexander Furst and Louis Puopolo of Douglas Elliman Commercial represented the landlord, a private family firm led by Evans Cyprus.

The location will serve as an atelier for the upscale suit designer, enabling customers to make appointments for private fittings. While Castangia—which counts Italian Prime Minister Giuseppe Conte among its clients—has previously opened temporary locations in the city and has been featured in department stores including Bergdorf Goodman, the showroom represents its first permanent space in New York City and the U.S. at large.

Evans told CO that Castangia had “been looking on and off for the past few years” for a standalone atelier in the city, and “finally found the right deal that made sense for them.” He noted that despite not being a traditional ground-floor retail space, the second-floor location will feature exterior “signage and visibility for brand recognition.”

The showroom, located above ground-floor retail tenant Eileen Fisher, will be accessible to Castangia’s clients via a keyed elevator, Furst said. He added that the location—which Castangia is renting at an “office rate” well below that of a street retail space—is ideal for the suit designer given its presence on “Gentlemen’s Row,” a stretch of Madison Avenue notable for its prevalence of menswear retailers.

“If you stand in the space, you see a thousand designer suits walking by,” Furst said.