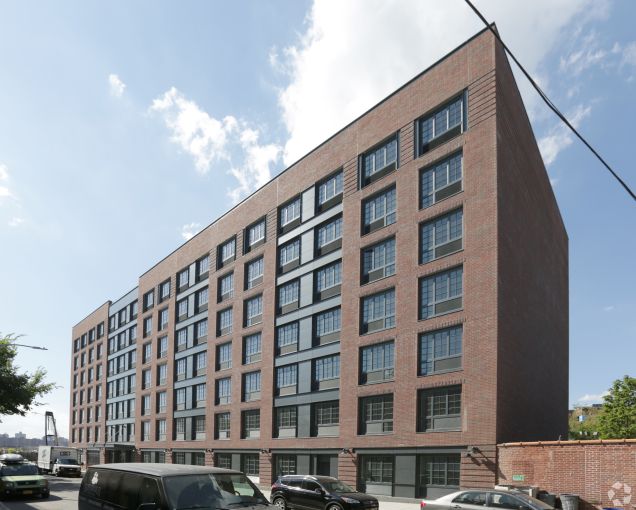 Brookfield Properties has secured an $89 million loan from Industrial and Commercial Bank of China to kick off the next phase of its residential development at Greenpoint Landing, a 22-acre waterfront site in northwest Brooklyn, according to property records.

Brookfield is working on the apartments in conjunction with Park Tower Group, a partnership that formed three years ago when the pair announced its first two buildings at the site totaling 800 apartments that are planned to start leasing by the end of this summer.

The ICBC loan is connected with two new rental buildings under development, according to a source familiar with the financing. The new buildings will bring 1,240 more apartments to Greenpoint Landing, Real Estate Weekly reported, continuing to fill out a project master-planned for ten buildings. Thirty percent of the new apartments will be restricted to affordable rents.

The three-year loan floating rate loan funds the partnership’s $148 million acquisition of the lots for the new buildings from Park Tower, which had owned them outright. In the future, the partnership will likely finance construction at the site separately, the source said.

ICBC similarly provided acquisition financing for the two earlier buildings on the site. To fund the construction, the Chinese bank brought on additional partners in Scotiabank and Toronto-Dominion Bank, representing a north-of-the-border connection for Canadian Brookfield.

The source expected construction financing for the two new buildings to follow a similar model.

Combined, the two soon-to-be-completed towers and the two just announced represent just more than a third of the 5,500 apartments eventually planned for the site. A new public school, for students in pre-kindergarten through eighth grade, will also go up at the complex.

“Brookfield is excited to partner with Park Tower Group to help realize its vision for Greenpoint Landing,” Ric Clark, Brookfield’s chairman, said in a statement. “We look forward to our continued work together on this transformative project.”

Marian Klein, the president of Park Tower Group, expressed pride that the site will include public space as well.

“With the first phase of our world-class open space opening this summer, we look forward to welcoming the community to the waterfront for the first time in generations,” Klein said in a statement.

City records did not specify the street address of the new buildings under development, but the lots are adjacent to Commercial Street, Eagle Street and West Street, just south of where Newton Creek divides Brooklyn and Queens.

The site was opened for residential development by the 2005 Greenpoint-Williamsburg rezoning. Yesterday, the city unveiled its proposal to rezone Brooklyn’s Gowanus neighborhood, setting the stage for one of Brooklyn’s last deeply industrial neighborhoods to become more gentrified.

A representative for ICBC was not immediately available for comment.