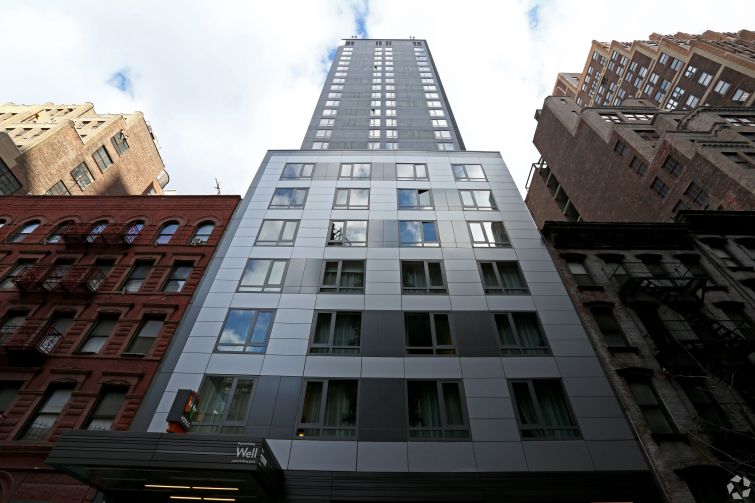 The EVEN Hotel. Photo: CoStar Group

Developers Lance Steinberg and Frank Chan have landed a $48.5 million mortgage to refinance their three-year-old EVEN Hotel in Manhattan’s Garment District, Commercial Observer can exclusively report.

Union Labor Life Insurance Company (ULLICO), provided the ten-year loan, sources close to the deal told CO. Property records indicate that the loan will be used to refinance a $48 million mortgage from Cathay Bank and Chang Hwa Bank, originated in May 2014.

Matt Downs, a ULLICO regional vice president, led the financing effort for the insurance company, and the debt was brokered by Richard Horowitz of Cooper-Horowitz. Horowitz declined to comment on the deal, and Downs could not immediately be reached for comment.

The 24-story hotel, at 321 West 35th Street between Eighth and Ninth Avenues, houses 150 rooms as part of a chain that includes other branches in New York City, Connecticut, Maryland, Nebraska and Oregon. The Garment District location includes a Peloton-equipped fitness center and an outpost of Cork & Kale, EVEN’s restaurant chain, which focuses on nutritional offerings.

Through their Manhattan-based real estate company, Steinberg and Chan also own another EVEN hotel in Manhattan, at 219 East 44th Street, as well as a new Crowne Plaza hotel at 320 West 36th Street.

Steinberg and Chan did not immediately respond to inquiries.