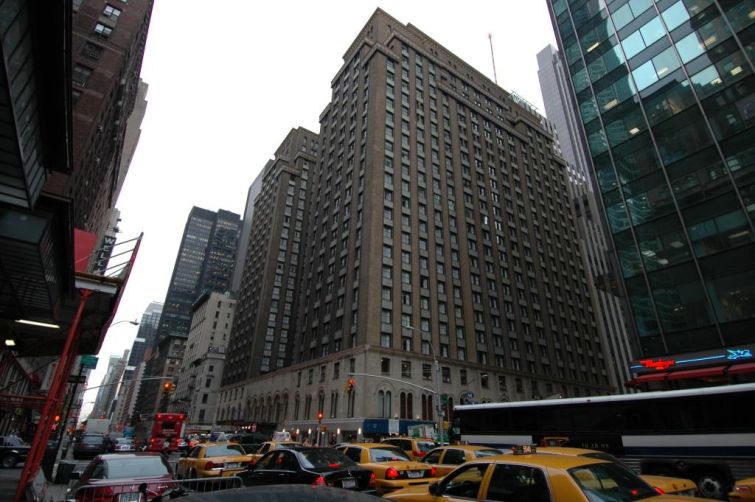 Time-share operator Bluegreen Vacations has purchased the inventory and management contract of the Manhattan Club, a hotel that rents rooms to members who buy timeshares in the property and was formerly owned by a group of investors that included developer Ian Bruce Eichner and his wife.

A spokeswoman for the Boca Raton, Fla.-based company declined to provide the acquisition price. Bluegreen plans to open a 2,500-square-foot sales center in the 31-story hotel at 200 West 56th Street between Seventh and Eighth Avenues, according to a press release about the sale. Under the terms of the deal announced today, Bluegreen will acquire the remaining time-share inventory through periodic purchases over time, and it has the exclusive right to acquire the management contract for the Manhattan Club resort in 2021.

Former New York Attorney General Eric Schneiderman spearheaded a three-year-long investigation into the 22-year-old hotel, which his office accused of scamming owners and unfairly jacking up their common charges.

The hotel’s former owners and operators, which included Eichner, agreed to a $6.5 million settlement with the attorney general’s office in August of last year. The terms of the settlement required the owners to “acknowledge that they repeatedly misled shareowners about the club’s reservation process, their ability to sell back their shares, and the details of the club’s state-approved offering plan,” according to a press release from the AG’s office. The agreement also barred the owners and operators from the timeshare industry and forced them to sell their stakes and management control.

The Manhattan Club offers annual ownership interests for which members pay $10,000 to $40,000, plus common charges of $2,000 a year or more, according to the attorney general’s office. There were 14,000 timeshare owners for the hotel’s 296 rooms in 2014 when Schneiderman first announced his investigation, as Commercial Observer previously reported.