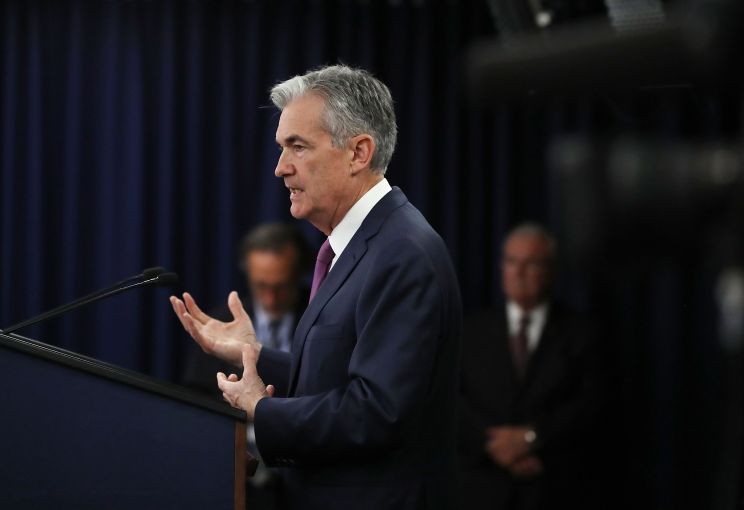 Broaching the specter of higher capital costs for commercial real estate borrowers, the Federal Reserve raised interest rates today for the second time in 2018, with a quarter-point increase in its benchmark federal funds rate to 2 percent. The rate hike, the seventh since the Great Recession, reflects consistently strong results in production and unemployment, according to Fed Chairman Jerome Powell.

“The economy is doing very well,” Powell said at a news conference this afternoon, immediately following the June meeting of the Fed’s board. “Most people who want to find jobs are finding them. Ongoing job gains are boosting wages and confidence.”

Markets didn’t react sharply to the decision, which traders and financiers had widely anticipated for months. The S&P 500 closed down four-tenths of a percent today, and yields on the 10-year Treasury note ended the day trading just two-hundredths of a percentage point higher.

“It is no surprise that the Fed continues to raise short-term rates,” Mike Fratantoni, the chief economist for the Mortgage Bankers Association, said in an email. “The economy is growing quickly because of tax cuts and more government spending, the unemployment rate is at an 18-year low and inflation has picked up.”

Indeed, the Fed cited expectations for higher inflation as an additional justification for monetary tightening. The central bank now predicts the headline inflation to be 2.1 percent for 2018, up from 1.9 percent in its prior forecast.

In the eyes of Savills Studley chief economist Heidi Learner, the Fed’s decision today represents the institution’s attentive but moderate approach to controlling rises in the price level in its fifth month under Powell’s leadership.

“The Fed continued to talk about a symmetric inflation goal today, which means that moves above 2 percent are as concerning [to the Fed] as moves below 2 percent,” Learner told Commercial Observer. “This is a slight move back from having been very accommodative.”

But whether a higher federal funds rate will begin to chafe against expanded credit in commercial real estate lending will vary from firm to firm, Learner predicted.

“I think it’s certainly a function of what type of financing they’re offering,” she said. “Is it variable rate or fixed rate? To what extent is [the lender] hedging itself?”

After its action today, the Fed projected that it will raise interest rates twice more this year. Those decisions will likely come in September and December, when the fed is slated to release its next quarterly forecasts.

Short-term financings could be one sector that immediately benefits as borrowers rush to lock in interest rates before financings grow more expensive later in the year, according to Uanderson Benedetti, an originator at Milbrook Realty Capital.

“Short term, it will definitely create a little more urgency” for borrowers seeking refinancing, Benedetti said. “And for our market, it will create more opportunity.”