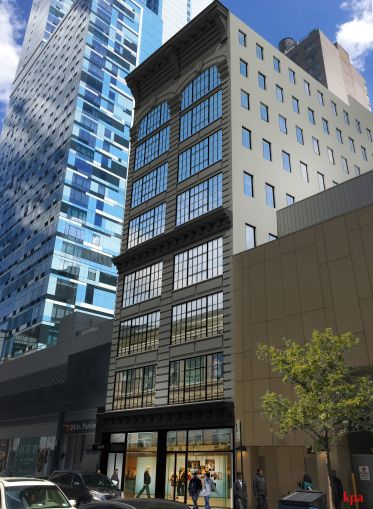 The Recurse Center, an organization that provides educational retreats for computer programmers, is relocating its operations from Soho to a newly renovated office building in Downtown Brooklyn, Commercial Observer has learned.

The Recurse Center signed a 10-year deal last month for 10,000 square feet of space spanning the entire fourth and fifth floors at 397 Bridge Street, a nine-story, 45,000-square-foot property between Fulton and Willoughby Streets. The organization, formerly known as Hacker School, is expected to move into its new digs this fall from its current 5,000-square-foot location at 455 Broadway in Soho.

Asking rent at 397 Bridge Street was in the mid-$50s per square foot, according to the brokers on the deal. David Baker and Charlotte Sardet of Baker New York represented the tenant in the transaction, while Jack Laboz handled the deal in-house on behalf of the landlord, the Laboz family-led real estate investment firm United American Land (UAL).

UAL is currently at work on an expansive renovation of 397 Bridge Street, a former factory building built in 1906. Upgrades include a new lobby and elevators as well as new “factory-style” windows meant to maximize natural light, Laboz told CO. He declined to disclose the cost of the renovation.

Work is slated for completion in September, Laboz said, with The Recurse Center due to move in shortly afterward. The organization is the first new tenant at the revamped property, which UAL emptied out in order to pursue the renovation.

In a statement, Baker said 397 Bridge Street’s “high ceilings and great natural light were what set the building apart from others in the area”—a sentiment echoed by Laboz, who said the loft-like, “Soho-style” building “offers something different” from much of Downtown Brooklyn’s existing office supply. UAL is also providing The Recurse Center with a turnkey buildout of its new space.

The organization’s move out of 455 Broadway is motivated by the need for a larger space, as well as Soho’s high office rents and scarcity of available space, Baker said. In addition to Downtown Brooklyn, The Recurse Center considered taking space in Dumbo, Brooklyn and Manhattan’s Financial District.