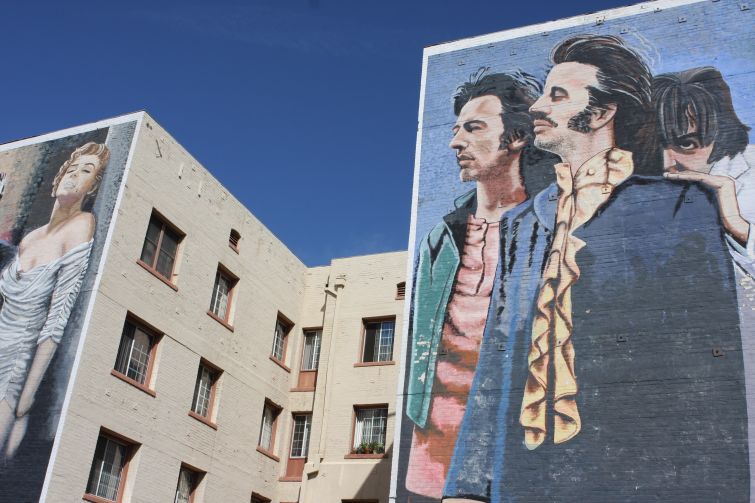 The transaction was executed through Canyon Multifamily Impact Fund III, a joint venture between Canyon and CIT Bank. The bank’s real estate finance business provided a $20.4 million senior loan to fund the acquisition and further capital improvements, per an official release.

A spokesman declined to disclose a sales price, but a source familiar with the deal told The Real Deal the acquisition was likely around $30 million. The property was last sold for $15.25 million to Harvey Tp in 2015, according to public records.

Canyon Partners plans to rename the four-story property “The Derby Hollywood” to reflect its “historically rich location,” and neighborhood history rooted in film and entertainment, including celebrities, which are depicted in the building’s 80-foot-tall murals, per the release. CMIF III’s capital plans include enhancements to the property such as creating outdoor community space, re-envisioning the ground floor retail and developing a variety of resident impact programs, according to the release, though the spokesman declined to offer further financial details.

“Hollywood is in the midst of a development boom and as housing prices in Southern California continue to rise, there is undeniable need for affordable workforce housing, particularly located in close proximity to transportation, employment, education and healthcare,” said Mike Pedone, Managing Director of CIT, in the official release.

The property is located near the neighborhoods of West Hollywood, Silverlake, Koreatown and downtown Los Angeles. Major employers within a 5-mile radius include Netflix, Paramount Pictures and Kaiser Permanente.

The latest deal marks the second acquisition to date for the fund, as TRD noted. The previously purchased a leasehold interest in the 169-unit Coronado Palms community in Anaheim in September for $32.1 million, property records show. CIT secured a $25 million loan for that deal.