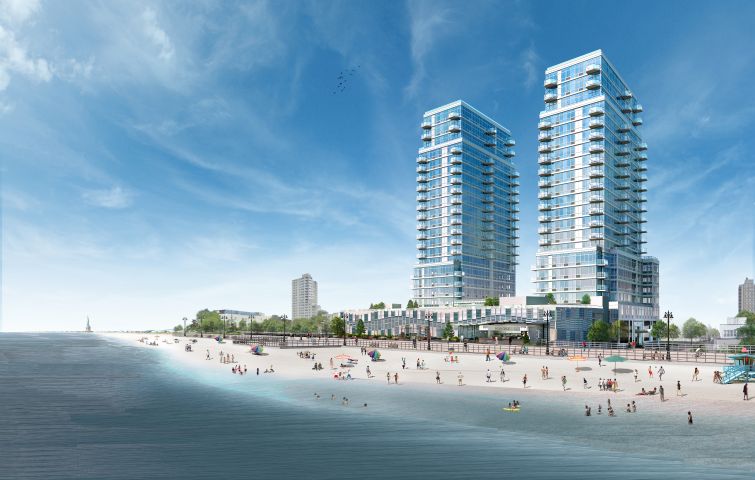 Red Apple Group has sealed a $130 million Bank of America mortgage for construction at its residential development at 3514 Surf Avenue in Coney Island, according to property records.

In addition to the construction loan, John Catsimatidis, Red Apple’s chief, expects Santander to participate in a potential syndicate.

“Signature [Bank] has also come in to provide a bridge loan to EB-5 money,” Catsimatidis said, referring to funding provided by foreigners hoping to score U.S. visas based on their investments.

Plans call for a 21-story tower totaling more 311 residential units. Including ground-floor retail space, the building will offer more than 432,000 square feet over a full-block footprint.

The building site is less than a mile west of Coney Island’s amusement parks and the New York Aquarium, and the property directly abuts the beach. The Coney Island-Stillwell Avenue subway terminal is a 20-minute walk away.

Hill West Architects is the firm behind the design, first revealed by New York Yimby last November. The building will also feature a a garage for 254 cars. No completion date has been announced.

Representatives for Bank of America did not immediately respond to inquiries.

Update: This article was amended to correct that Signature Bank, not Citizens Bank, is the source of a bridge loan.