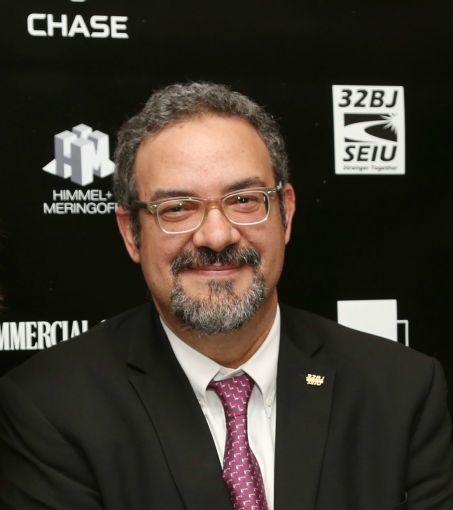 “Divide and conquer” has been the golden rule for ruthless rulers since Alexander the Great was a tiny tot. Julius Caesar used it to build the Roman Empire; Napoleon to conquer Europe; the British to sweep through India. And since 2016, this nation’s richest, most powerful interests have been systematically applying “divide and conquer” to maintain their control over every wing of government and every lever of an economy that is growing more and more divided with every passing year. It has helped perpetuate a system where 1 percent of the population now owns over 40 percent of our collective wealth.

The Trump administration uses divide-and-conquer to pit working people against their immigrant brethren. Right-wing legislators use it when establishing districts that ensure Black and Latino voters remain powerless. And today, on its last day in session, the Supreme Court applied it to the workplace in Janus v. AFSCME, a case out of Illinois. The decision says that public sector workers with union representation do not have to pay “fair share fees” if they are not full members. By the depressingly familiar vote of 5 to 4, the conservative justices who control the court strengthened the ability of powerful bosses to position one worker against another in jobs from coast to coast.

The Janus decision is an attack on unions designed to further rig the system against working people. The model is so called “right-to-work” states (perhaps more properly called “The Far Right at Work” states). Wisconsin provides a sad blueprint of the devastation that can be wrought. After public sector employees lost many of their organizing rights there, teacher compensation dropped by over 12 percent, and districts saw reduced retention as educators desperately searched for positions they could survive on.

Now, the Janus decision seeks to spread this hurt nationwide in a ruling that applies to all public sector workers. Teachers, firefighters, librarians, safety inspectors and many more will suffer from this decision if their unions weaken in Janus’ wake. And of course, this decision, reaches beyond public sector workers themselves. It will affect every mother who sends her kids to public school, every child who depends on a firefighter or police officer in time of need, everyone who needs the highways plowed, or a clean park or a safely inspected restaurant. For the vast majority of people — including you, me, and everyone we know — this ruling is a giant step backward.

But that doesn’t mean we have to follow the court’s lead passively. The labor movement  has been preparing for this decision for a long time, including the members of my union, 32BJ SEIU. We represent 163,000 building service workers from Boston to Miami, including New York City doormen, New Jersey janitors, and Philadelphia school cleaners. We were out on the street protesting when the Janus case was first argued, and our members are committed to keep fighting. They know that the only way to resist these divisions sown from the top is to unite from the bottom. In so doing, we will fight not only for our union, but also for our country.

This fight only begins at the workplace but it must extend to unity at the ballot box come November, too. We must register to vote by the various state deadlines, and come out across the nation on Nov. 6. The only way to fight division is to unite in our commitment to re-establish the ideals of democracy and freedom for everyone—no matter our differences.

Héctor Figueroa is the president of 32BJ SEIU, one of the fastest growing labor unions in the country, representing over 163,000 property service workers in 12 states and Washington D.C.–including 85,000 workers in New York State.