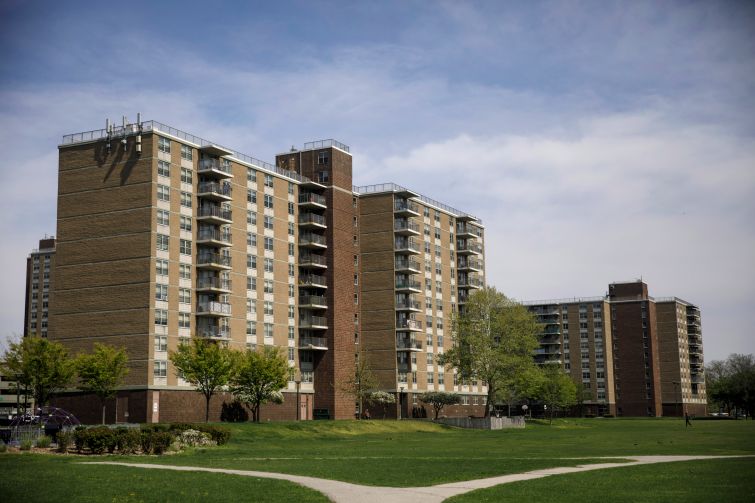 Wells Fargo Multifamily Capital provided Boston-based Rockpoint Group and Brooksville Company with a $502 million Fannie Mae loan to facilitate the duo’s $905 million purchase of the 46-building Starrett City complex in East New York, which closed on May 4, according to records filed Friday with the New York City Department of Finance.

The 10-year loan was split into a $470 million A-note and a $31.5 million B-note, records show, and it carries an interest rate under four percent, according to a Wells Fargo spokesperson, although officials at the bank would not provide the exact rate. How the buyers funded the remaining acquisition balance is unclear as representatives of both firms were not immediately available for comment.

The joint-venture buyers received approval on May 7 from state and federal regulators for the purchase, including from the U.S. Department of Housing and Urban Development, which is led by President Donald Trump appointee Ben Carson, as well as the New York State Division of Housing and Community Renewal.

“[Starrett City] represents a very stable and safe investment” in the long run, Andrew MacArthur, the president of Brooksville, told Bloomberg at the time of the sale. “I view it as akin to a bond.”

Trump owned a four percent stake in Starrett City Associates, according to information in a financial disclosure document submitted to the U.S. Office of Government Ethics in June 2017. The filing shows he received over $5 million in income from the 145-acre complex.

Brooklyn-based non-profit Settlement Housing Fund, which under New York Private Housing Finance Law aims to create and sustain high-quality affordable housing and programs throughout New York City, is listed in records as a borrower, along with Rockpoint, on the Wells Fargo mortgage. A representative for the non-profit was not immediately available for comment.

Settlement Housing Fund is the sole member of the BSC Housing Development Fund, which acquired a fee title interest in the 5,881-unit Starrett City housing development—renamed Spring Creek Towers in 2002.

Josh Siegel, who is the president of development and acquisitions at Starrett Corp. and heads up it’s development subsidiary Starrett Development LLC, is an associate chair of the Settlement Housing Fund.

MacArthur told Bloomberg that in order to achieve the approvals for the purchase, the joint venture pledged to deploy around $140 million in capital improvements, which include rebuilding a power plant on the site. The borrowers also agreed to extend the complex’s HUD Section 8 affordable-housing status for an additional 20 years, through 2049. Also, New York State’s Mitchell Lama protections will extend another 15 years, through 2054, MacArthur told Bloomberg.

“If anything, we received significantly more scrutiny in the HUD process,” MacArthur told Bloomberg. “Civil servants inside of HUD were very focused and understood the type of scrutiny this transaction would receive.”

The massive complex, which sits as the largest federally subsidized residential development in the U.S., was originally built by Starrett City Associates in 1974.