Was It a Slow Year for New Yorkers at ICSC?

Yes, there were deals inked, but some attendees noticed a drop off thanks to the Jewish holiday and retail slowdown 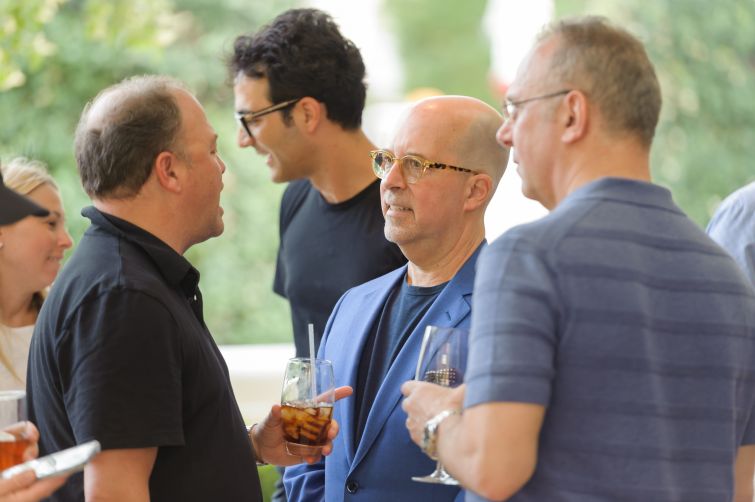 Mixing it up at Commercial Observer's party at Encore's Jardin at this year's ICSC RECon. Wynn/Encore Photo Services

Was the International Council of Shopping Centers’ Las Vegas RECon a little more low key than the hard-partying conventions of years past? Maybe. But were deals still getting done? Depends who you ask.

Real estate pros who made the trek this year said the poolside cabana parties at the Wynn Las Vegas and the evening shindigs around the Strip weren’t as crazy as they have been over the past couple years. This year the convention fell on Jewish holiday Shavuot, which meant a handful of observant New York City landlords and brokers—like Jeff Sutton of Wharton Properties and part of the brokerage team from Meridian Capital Group—decided not to fly out to Las Vegas.

But many attendees still felt like the environment, both on and off the convention floor, was productive.

“I think the environment is still positive despite the three factors working against this event—the Jewish holiday, the negative press about retail, and the new regulation that prevent title insurance companies from spending money,” said Eastern Consolidated’s Adelaide Polsinelli, referring to the fact that title insurance companies helped pay for many ICSC parties in the past.

And the event is still on track to attract 37,000 brokers, developers, tenants and vendors, which is about the same attendance numbers as last year, according to an ICSC spokeswoman.

“Sunday by the pool it was the busiest I’ve been in years,” said broker Chris DeCrosta of GoodSpace NYC. “Maybe subdued but in terms of quality of the people who were there—RedSky [Capital], VF Corp., Richmont [Holdings], Robin Zendell [& Associates.] There were a lot of people.”

Some people felt like there might be more people hanging out at the parties than the convention itself.

“There are less people at the show,” said broker Robin Abrams of Eastern. “There are people who took a cabana for the day, and it’s more about relationships than half hour meetings. If you were at a cabana party yesterday and you made a connection, that’s maybe more valuable. It’s about how to use your overall time in Las Vegas for nurturing relationships to make deals.”

Jedd Nero of Avison Young felt like attendance was scant on Tuesday during the last full day of the convention, compared to a relatively energetic final day last year. He blamed it on the struggling retail market.

“Today is exceptionally quiet,” he said. “ I don’t know if people came for a day and left, but people are having fewer meetings here. I think it’s indicative of the times for retail.”

Other dealmakers didn’t notice a slowdown at all.

“It doesn’t seem quiet or quieter than last year,” said Cushman & Wakefield’s Steven Soutendijk. “I think a lot of people expected it to be empty here because it’s a challenging retail environment. But we’re still meeting with tenants.”