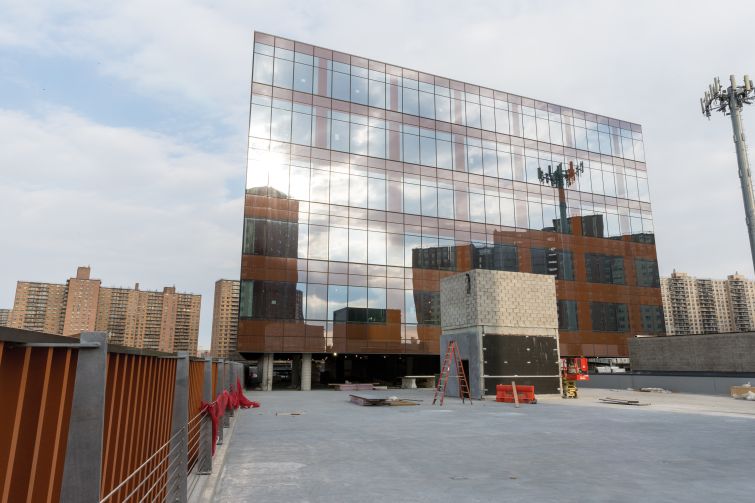 The glass panels have a brown tint thanks to an orange frit pattern in the curtain wall. It helps the facade of 626 Sheepshead Bay Road to look like other properties in the surrounding neighborhood. PHOTO: Melissa Goodwin/For Commercial Observer 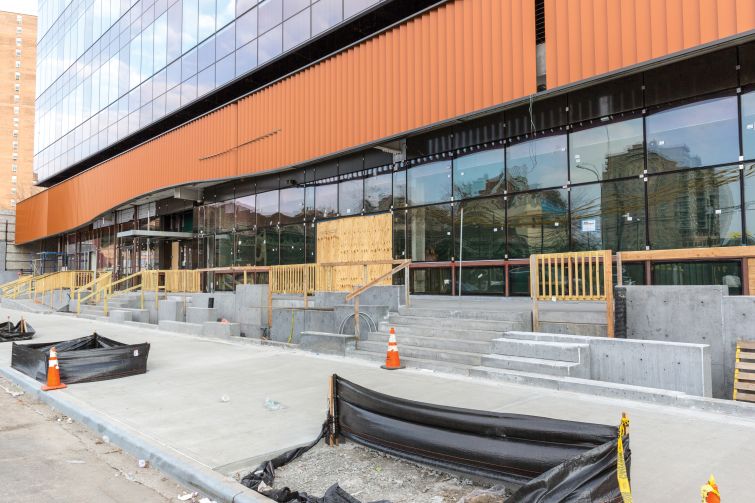 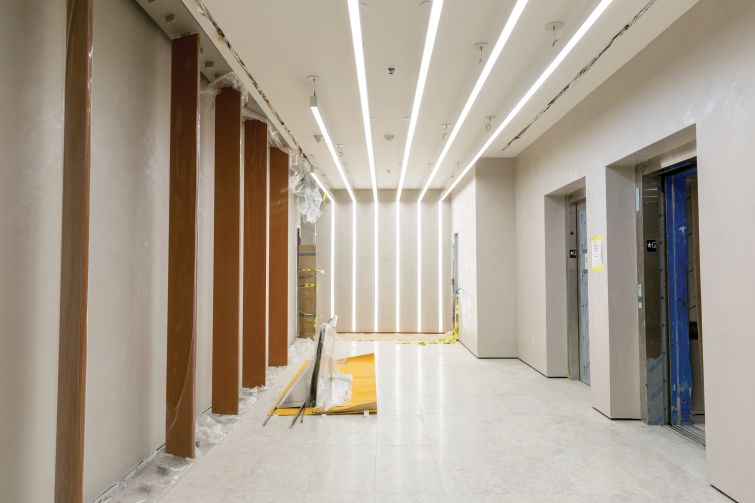 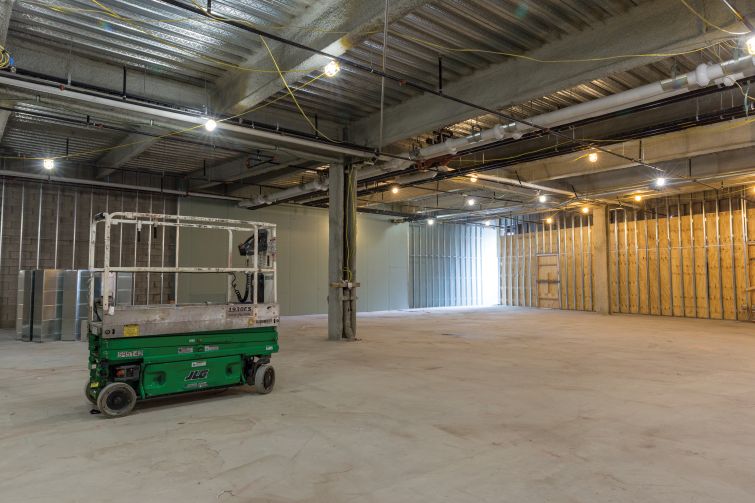 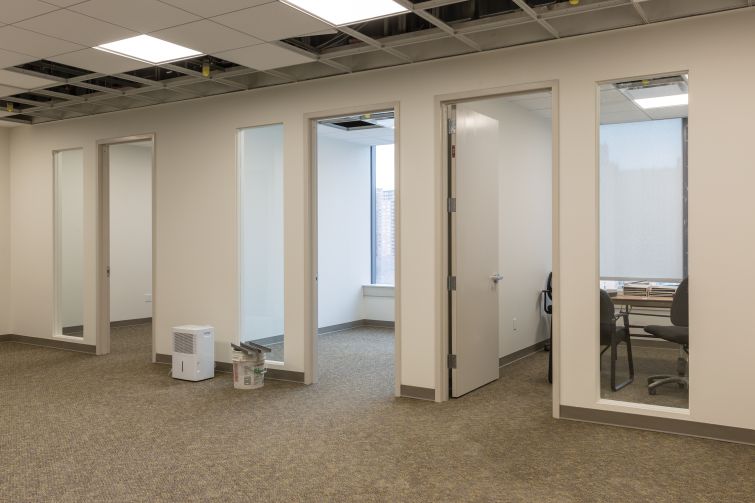 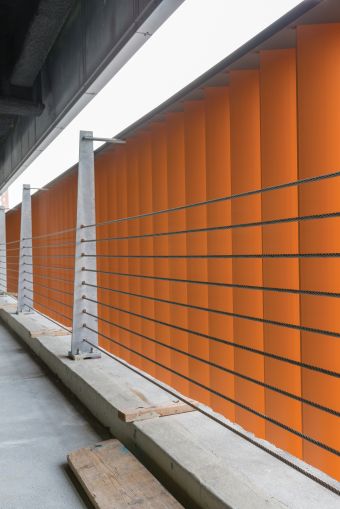 The brick colored aluminum panels on the second floor parking garage of 626 Sheepshead Bay Road not only hide cars from public view, but their color mimics the look and feel of other brick buildings in the neighborhood. PHOTO: Melissa Goodwin/For Commercial Observer
Previous Next

When executives at Cammeby’s International had an idea to build a 42-story apartment tower in Coney Island, Brooklyn, on its Trump Village Shopping Center site at 532 Neptune Avenue a few years ago, the company didn’t want to just eject the retailers there.

So they came up with the idea to move the stores to a temporary site nearby where the defunct Royal Palace Baths, a bathhouse, was located. As the plan commenced, the executives began to think bigger: Why not demolish the Royal Palace Baths structure and build a new commercial tower in Coney Island where local service providers could establish their offices?

That turned into the 161,000-square-foot, seven-story office and retail building at 626 Sheepshead Bay Road, for which there will be a ribbon cutting ceremony on May 23. (Right now, Cammeby’s refers to the skyscraper and the commercial building simply as its Neptune/Sixth project.)

Cammeby’s also decided to use the same curtain wall for the planned skyscraper on the smaller commercial building, both designed by S9 Architecture. The curtain wall uses a frit pattern with small brown dots inside the glass that gives the structure a brown tint.

“We’re Brooklyn-based and wanted to create something for this community and of this community,” Jacob Cohen, an executive vice president of development at Cammeby’s, told Commercial Observer via a statement. “One of the ways we are achieving that is by making the facade of Neptune/Sixth echo the facades of neighboring buildings.”

Given the location in Coney Island—an area that Superstorm Sandy had damaged—the developer needed to construct the tower to resist flooding. So it built a four-foot podium for the building. The first floor (where the electrical systems are) is protected with an additional three feet of heavy steel and flood-proof glass and the property’s water tower and elevator mechanicals are on the roof.

Also, Cammeby’s opted to build the more than 80-spot parking garage—something that would normally be found in the lower level of a building—on the second floor. Brown aluminum panels that match the frit pattern cover the exterior of the second floor so the vehicles aren’t visible from the street. (Icon Management will manage the parking garage.)

“The building is the most flood-resilient building in South Brooklyn,” Cohen said. “This enabled the building to retain a modern, glass and steel aesthetic, while meeting new stringent [Federal Emergency Management Agency] requirements, to ensure it can withstand another Sandy.”

The first floor has about 23,000 square feet of retail space and will be surrounded by trees and shrubs. DII Stores, a discount apparel store that was one of the establishments at the future skyscraper site, will occupy a bulk of the retail space—11,600 square feet—plus 4,900 square feet of office space on the third floor. The United States Postal Service and liquor store I & M Liquor will also move from that development site to the commercial building. In addition, new retailers Krupa Card Store and Danny’s Café Express will occupy part of the first floor.

The lobby for the office portion features artful strips of LED lighting and stone flooring that matches a Statesboro blu limestone security desk. The floors have limited columns and 12-foot ceiling heights. So far about 50 percent of the 100,000 square feet of office space in the building has already been leased. The Dormitory Authority of the State of New York inked a deal for 10,000 square feet of office space on the third floor.

With nearly floor-to-ceiling glass office spaces on floors above, future office tenants will have views of Coney Island’s Luna Park, the famed Coney Island Cyclone roller coaster and the nearby F train, which looks like a toy train above ground in that section of the borough. And on the upper floors even the Manhattan skyline and the Verrazano-Narrows Bridge are visible.