With $8M in Liabilities, Treehaus in Midtown East Files for Bankruptcy 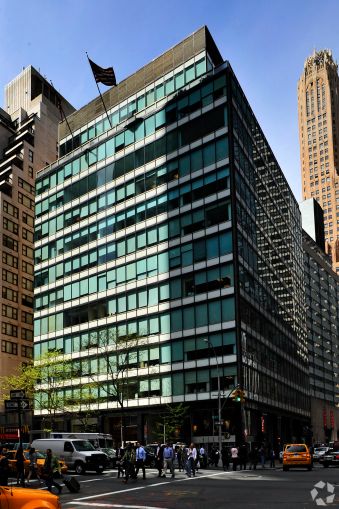 Midtown East lunch spot Treehaus has filed a voluntary petition for Chapter 11 bankruptcy as it stares down an eviction and over $8 million in liabilities at 830 Third Avenue.

The market-café hybrid, headed up by Chung Hyuk Awn, opened in 2012 in roughly 11,000 square feet in the basement and on the ground and mezzanine levels at the 14-story office tower at East 51st Street through a sublease that expires Nov. 15, 2025, as per CoStar Group. Treehaus’ debts include $1.5 million in rent and a $3 million bank loan at the property, according to the bankruptcy the filing, obtained via Nationwide Research Company. (Treehaus had a gross revenue of $5.4 million between May 1, 2016 and April 30, 2017.)

Treehaus’ attorney, Douglas Pick of Pick & Zabicki, told Commercial Observer the business is still operational and, “we’re going to try to negotiate with the landlord to address the lease.” He declined to provide further details.

Landlord MP 830 Third Avenue, LLC sought to evict Treehaus, presumably over rent issues, but a warrant for eviction was stayed on the condition Treehaus pay the landlord “certain stated amounts by April 23, 2018,” according to the bankruptcy filing. Awn failed to do so, which nullified the stay of execution of the warrant.

Afraid that the “warrant of eviction would be immediately executed, [Treehaus] decided to seek relief under Chapter 11 of the bankruptcy code so as to continue its efforts to find an entity interested in acquiring the lease,” the bankruptcy filing indicates. Treehaus “believes that [it] will be able to generate funds sufficient to cure all defaults under the lease,” the filing says. “In the interim, the debtor is prepared to to pay all ongoing, post-petition date rent obligations.” Treehaus apparently thinks the lease could sell for between $1.5 million and $1.7 million.

Treehaus is at the base of 830 Third Avenue, a 14-story, 189,000-square-foot office property with tenants including Marina Maher Communications, Eaton and the corporate headquarters of Dodge Data & Analytics.

Tony Park of PD Properties, Treenhaus’ broker in the lease deal, didn’t immediately return requests for comment. Transwestern’s Jonathan Tootell, who along with Thomas Hines and Chase Gordon handle leasing for the building, declined to comment.