A Look at a $1.4B Single-Borrower CMBS Loan on 50 Retail Assets in US and Puerto Rico 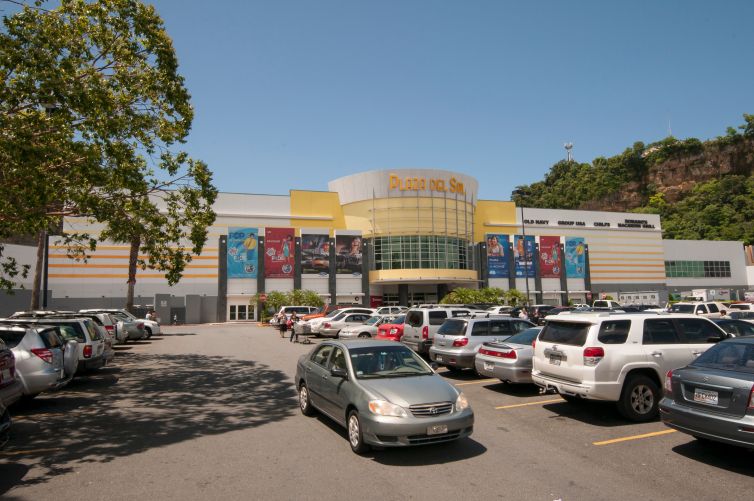 Retail. A trepidatious word for lenders and investors alike. But a $1.35 billion commercial mortgage-backed security transaction backed entirely by retail assets? Not so scary. Oh, and did we mention that this particular CMBS deal also included properties in hurricane-beaten Puerto Rico to make things even more interesting? Well, read on.

In February, Credit Suisse, J.P. Morgan Chase and Wells Fargo teamed up to provide a $1.35 billion loan to DDR, an Ohio-based real estate investment trust (REIT) that invests in retail assets in the mainland U.S. and Puerto Rico.

The $1.35 billion loan now comprises the entire RETL 2018-RVP CMBS transaction and financed DDR’s spin-off of 50 of its non-core retail properties (38 in the U.S, 12 in Puerto Rico) into a separate, publicly traded REIT, Retail Value Inc. (RVI), in a bid to reduce debt. RVI will operate as a three-year investment vehicle to sell those 50 properties, with the proceeds of any sale going directly toward repaying the CMBS loan.

“DDR had a pool of non-core assets and felt it was bringing down its stock, especially the Puerto Rico assets,” a source with one of the deal parties told Commercial Observer. “The company’s stock price was below market value of the properties, creating a discount on its real market value. They wanted to address [that].”

And the way of addressing that was for the loan to attach to the mainland U.S. assets only, while the Puerto Rico assets served as additional collateral in the deal.

“It’s unique because it was structured to serve the purpose of spinning off those properties into a liquidity trust, and the intention is to sell off those assets. There are certain elements of the loan and structure that would not be present if not for that [caveat],” said Jonathan Teichmann, a senior director at Fitch Ratings. “What that accomplishes is you can never be left with debt outstanding. That would have caused people to have many concerns. But, if [it’s] successful, that’s just going to pay down the transaction quicker.”

The creation of RVI comes at an interesting time for retail in general, and especially in Puerto Rico, where thousands of people are still without power seven months after the devastation of Hurricanes Irma and Maria last fall.

“We knew this would still be a challenge, although we felt comfortable with it and with the economics of it,” the lending source, who asked not to be named, said of the collateral. “We had a certain amount of flex in pricing to make sure we all felt comfortable in moving the bonds to investors. We had issued a hard commitment.”

The mortgage ended up as a three-year, floating-rate and interest-only loan with two one-year extension options, executed at 70 percent loan-to-value. Column Financial, the real estate credit arm of Credit Suisse, lent a 60 percent senior portion ($810 million), while J.P Morgan Chase and Wells Fargo each provided 20 percent ($270 million) of the remaining 40 percent of the debt proceeds, according to a presale report from Kroll Bond Rating Agency (KBRA).

The deal’s 50 assets weren’t deemed “non-core” because they’re failing, but rather are healthy and productive but without much growth potential, the source said. “DDR wanted to focus on more stabilized assets in its portfolio. [We were] reasonably confident that these assets were good, and with the right structure, we could see a deal here—a marketable CMBS deal.”

“Generally, once we understood the deal and were able to explain the structure, we were not surprised [at the positive sentiment in the CMBS market], and we actually expected, and found that there was a decent amount of investor demand,” the anonymous source said. “The general sentiment was that there was ample investor appetite to move the paper, and investors appreciated the structure we had in the loan.

“It’s cross collateralized,” the source further explained. “To have the Puerto Rico assets as additional collateral support ended up leading to a well-structured loan.”

The two largest properties are the 611,305-square-foot Plaza Del Sol—anchored by Walmart and a Caribbean Cinemas—and the 555,536-square-foot Plaza Río Hondo—anchored by Kmart and a Caribbean Cinemas. The assets are 94 percent and 98 percent occupied, respectively, which seems counter-intuitive to what would be expected on the storm-battered island, but half of the Puerto Rico assets are over 90 percent occupied.

In December 2017, KBRA estimated that the total damage on the 12 Puerto Rico properties caused by the hurricanes was $214.7 million. Puerto Rico’s median household income sits at just under $20,000, according to Census Bureau data from 2016, which—when paired with the island’s current condition—doesn’t inspire much confidence in Puerto Ricans’ spending power. To top it off, almost 44 percent of the island lives in poverty, and its unemployment rate is 10.9 percent as of March, according to the Bureau of Labor Statistics.

“The difficulty we had with those assets was that we didn’t have an understanding of what was open and what was closed,” said Eric Rothfeld, a managing director at Fitch Ratings. “The environment going forward is unpredictable in the short term and many of the residents have been displaced, and we just don’t have a good feel for the demand.”

Plaza Palma Real, a 448,915-square-foot shopping center in Humacao, Puerto Rico felt the brunt of the hurricane damage. It experienced roughly $87.5 million worth of damage and has 50 dark tenants, representing just over 388,000 square feet, according to a KBRA presale report published in late March.

Somewhat unsurprisingly, properties with needs-based tenants are performing as the people of Puerto Rico have trickled back into major shopping centers to purchase necessities. “In terms of grocery stores, there has been increased traffic and sales since the power came back,” said Lynn D’Eugenio, a senior director at KBRA. “Power initially didn’t come back to all the residential buildings so residents couldn’t keep things at home for too long, so they visited grocery stores often.”

Seven months after the disaster, it’s easy to think the retail environment on the island is under duress. But, analysts rating the RETL 2018-RVP deal were surprised to see the opposite or many of the deal’s Puerto Rico assets.

“I saw about half of [the Puerto Rico assets],” John Triantafyllou, an associate director at KBRA, said. “I went in February, and I was surprised at how well I was able to get around. I was renting a compact car and getting around just fine. The access and visibility [of the properties] was great, and they were heavily trafficked, which is good to see, but the hurricane[s] knocked down some signage.”

Additionally, “for people in the Puerto Rico market, and for retail in general, e-commerce hasn’t hit [the island] as hard,” Triantafyllou added. “It’s a had an impact, but it’s been much slower than in the states.”

“The only loans with allocated loan amounts are the U.S assets,” the lending source said. “[The] pledge of equity [on the Puerto Rico portfolio] is as additional collateral support. [The LTV] is 70 percent just based on the Puerto Rico assets and we have conservative pay-down requirements. For the first 12 months, it’s greater than 110 percent of the allocated loan amount, so whenever they pay down in Puerto Rico, they’re paying down the total of the net sales proceeds.

“The bottom line is you have to start with the premise that these are good assets. And number two: We had a ton of very important structure within the deal,” the source added. “The whole plan is to liquidate and DDR has to stay on a certain [disposition] schedule. After a certain period of months, the tests will get more and more strenuous, and they have to keep paying down a higher portion of the loan as they sell the assets. We’re also steadily monitoring cash flow. If cash flow declines, we’d start trapping access cash flow. So, we’re keeping them on a tight disposition schedule.”

And officials at DDR, able to go forth with their spin-off, are pretty pleased, too.

“I am thrilled with our progress in the first quarter [2018], both operationally and with the execution of our strategic transformation through the planned spin-off of RVI,” David Lukes, the CEO of DDR, said in the company’s first-quarter earnings statement on April 24. “The completion of the securitization of the $1.35 billion mortgage loan secured by the RVI assets represented the last significant hurdle ahead of the expected July spin-off. Finally, we closed the disposition of our first RVI asset at a compelling price, an auspicious beginning for the execution of RVI’s business plan.”

Despite the strength of the retail collateral backing the transaction, it broke the mold not only with the creative inclusion of Puerto Rico assets, but in terms of the concentration of retail assets in a CMBS deal.

“There haven’t been that many single borrower retail deals that have been securitized recently,” said Keith Kockenmeister, senior managing director of CMBS at KBRA.  “This deal is unique because a portion off the collateral consisted of equity pledges on the Puerto Rico assets. I think from a performance standpoint, the assets themselves have been performing relatively well in a challenging retail environment.”

With another Atlantic hurricane season set to begin on June 1, there’s plenty of uncertainty to go around. DDR, though, has backed the Puerto Rico assets with a blanket insurance policy of $328.9 million for property damage and business interruption. It expects to complete all repairs by the third quarter of 2019, barring any setbacks.

Will we see more of the same, short-term and strict structure that was deployed in this CMBS transaction? One thing’s clear: It’s heating up.

“This loan [has] tight extension tests and rebalancing obligations,” the lending source said. “It’s a lot easier as an investor to wrap your head around something that will pay off in three years versus 10. It’s likely we’ll see more of this kind of structure. With these kinds of deals, you can push leverage because of the shorter time period. With a 10- year loan, you see leverage reduced and a lot can happen in that amount of time as well. The distinction here is that it’s a floating rate loan. Other clients like DDR have [hinted] they want to see something similar.”