Why not align tenants who deserve modern amenities with landlords looking to invest in older buildings? 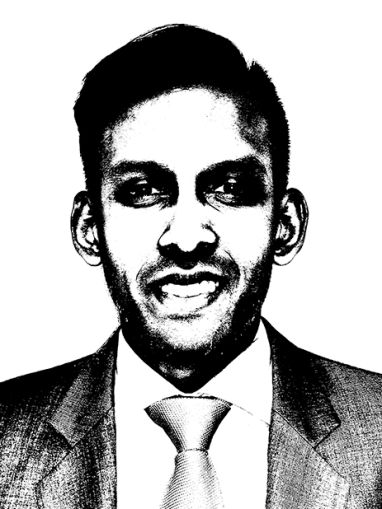 The New York City Rent Guidelines Board (RGB) is currently considering how much it will permit landlords to charge tenants in the city’s nearly 1 million rent regulated units.

It is an incredibly important task, one that affects 61 percent of all renters in the city, according to the U.S. Census. For a number of historical reasons, as well as policy decisions that have been made at the city and state level over the decades, New York City tenants and landlords are uniquely affected by a quasi-government entity that sets rental price adjustments.

Because the decisions made by the RGB have such an outsize impact on the pocketbooks of tenants in every borough, as well as on the building owners whose ability to invest in older properties determines the quality and quantity of affordable housing, it is worth examining the criteria used to set these annual price controls.

At its April 26 meeting, the RGB took a preliminary vote that would allow rent increases of between 0.75 percent and 2.75 percent on one-year leases and 1.75 percent and 3.75 percent on two-years leases. There will now be several public hearings before the final vote on June 26.

The RGB, all of whose members are appointed by the mayor, conducts annual surveys and financial analyses in an attempt to determine the costs faced by landlords of rent regulated buildings. It then issues a report, known as the Price Index of Operating Costs (PIOC), measuring a range of expenses, from fuel to taxes to insurance to utilities.

It combines data on these expenses with inflation and reported revenue to determine how much rents would have to change to keep net operating income (NOI) for landlords constant. In other words, how to maintain just the minimum, baseline level of service.

The list of goods and services whose cost is measured by the PIOC was developed in 1969, some half a century ago, based on the observed spending patterns of building owners.

While the data measured by the PIOC is useful, and represents real financial obligations incurred by property owners, it is an outdated financial snapshot, more close-up than panorama.

It is time to update this decades-old formula. Rather than confining itself to measuring NOI, the city ought to look at what is known as “free cash flow,” which captures not just fixed costs like insurance premiums and taxes, but capital spending and upgrades. An aging city building infrastructure (think NYCHA’s older complexes) is one compelling reason.

More than 50 percent of all New York City’s regulated units are in buildings constructed before 1947, as Crain’s reported, meaning tenants are often being asked to live with vital infrastructure that is well past its useful life. As a firm that invests in older housing stock with the goal of improving and upgrading buildings to ensure they last for many generations to come, we are constantly evaluating how to improve and modernize buildings and their physical plant.

Why not align the rent guidelines with the interests of tenants who deserve the most up-to-date, modern amenities and building features, as well as the landlords who seek to actively invest in older buildings, which make up the vast majority of our city’s housing?

Some will argue there is already a mechanism to finance vital building upgrades: The Major Capital Improvement (MCI) rent adjustment.

It is true, the MCI provision does provide for some types of renovation, but it is hardly comprehensive. What’s more, the process for applying for these exemptions are extraordinarily time-consuming and can be costly.

Smaller landlords without the extra money to spend on compliance professionals, lawyers and other ancillary costs, forgo these improvements altogether, which is bad for tenants and bad for the overall goal of maintaining and improving affordable properties.

Many upgrades, including flooring, walls, and laundry rooms are not covered under MCI and those upgrades that are covered have strict “useful life” limits that exclude maintenance and upgrades for infrastructure below a certain age.

If a landlord wants to improve electrical wiring – essential for many buildings to provide services like Fios and WiFi, not to mention new three-pronged outlets to accommodate modern electronics – systems must be more than 25 years old, a much slower pace than needed.

We hear all the time from tenants that landlords ought to be more responsive to evolving needs, including new technological advances, and stay ahead of the task of replacing and upgrading aging apartments. That is virtually impossible if we are bound by a playbook devised 50 years ago, when President Lyndon B. Johnson was handing over power to Richard Nixon, a bygone era whose technology is virtually unrecognizable today.

Perhaps it is time for the RGB to revamp its criteria and adopt a set of standards that better serves the tenants it is charged with protecting.

Amir Sobhraj is the financial controller at Zara Realty, a family-owned management company based in Jamaica, Queens, with more 2.6 million square feet of residential property.