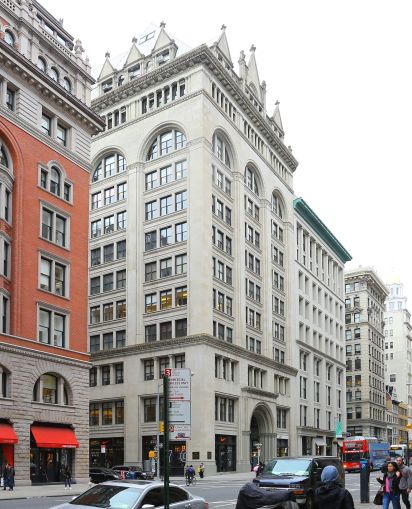 At 156 Fifth Avenue in the Flatiron District, Knotel inked a 43,000-square-foot deal for the entire fourth and seventh floors and part of the sixth floor at the 14-story, 220,000-square-foot property at the northwest corner of West 20th Street.

And at 105 Madison Avenue in NoMad, the office provider agreed a 40,050-square-foot lease for the entire 16th through 18th floors at the 20-story, 257,000-square-foot building at the southeast corner of East 30th Street.

Knotel declined to provide asking rent and the length of lease in both deals, though sources said the lease at 105 Madison Avenue is for a 10-year term. Knotel was represented by Elie Reiss of Skylight Leasing in both transactions, while Brett Rovner and Randolph Lewis of The Ashtin Group represented landlord A&R Real Estate at 105 Madison Avenue and 156 Fifth Avenue landlord HRC Corporation had no outside broker representation.

Unlike most shared office or coworking providers, Knotel’s business model is based on providing flexible and short-term office arrangements to small- to mid-sized companies who take large portions—typically entire floors—of the space that it leases from landlords. The company, which sealed a $70 million Series B funding round last month, has been among the most prolific consumers of Manhattan office space since the beginning of 2017 and now has more than 1 million square feet under lease across nearly 50 locations in New York City, San Francisco and London.

“Landlords view Knotel as the preferred alternative for agile office, and would rather work with us than gamble on coworking firms that are desperate to get out of coworking,” Eugene Lee, Knotel’s global head of real estate and business development, said in a statement. “Owners prefer to avoid the friction and risk of dealing with them—even when they offer to overpay—which is why we are closing increasingly large, competitive deals in prime markets.”

Rovner confirmed the deal at 105 Madison Avenue, saying A&R is “excited to have [Knotel] as a tenant and looking forward to having them in the building.” Reiss did not return a request for comment, and representatives for HRC Corporation declined to comment.