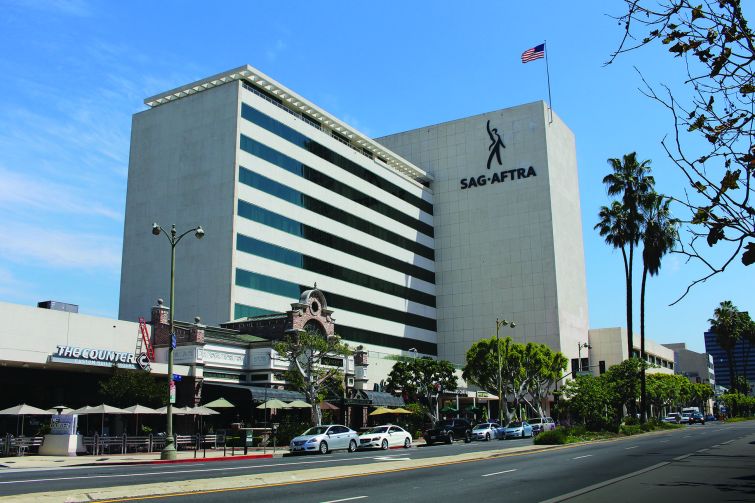 J.H. Snyder Company has landed a $105 million mortgage to refinance an office tower it owns in the Miracle Mile section of Los Angeles, Commercial Observer can exclusively report.

The 10-year, interest-only loan closed at a fixed rate below 4 percent, according to Meridian Capital, which brokered the deal. Meridian did not disclose the source of the loan, but a person with firsthand knowledge of the transaction confirmed that the debt is from John Hancock‘s real estate finance group.

The building, 5757 Wilshire Boulevard, is known as SAG-AFTRA Plaza in reference to its largest tenant, Screen Actors Guild–American Federation of Television and Radio Artists. Other tenants at the 11-story property include a casting agency, a medical imaging facility and Mixt, a salad restaurant.

J.H. Snyder also maintains its headquarters on the premises, which comprises 548,000 square feet of office space and 28,000 of street-level retail.

“I began working in this building in 1981,” Lon Snyder, a senior partner in the company, said in a statement. “For decades, through many real estate cycles, we have taken tremendous pride in owning and managing this best-in-class asset, and we could not be happier with the results of the refinance.”

“This financing was critical in facilitating a necessary lot-split, which will result in further development by their firm on the newly created parcel,” Grossman said in prepared remarks. “It’s a privilege as an intermediary to work with such a historically successful, sophisticated and well respected ownership team.”

SAG-AFTRA Plaza stands in a neighborhood dense with attractions, including the Los Angeles County Museum of Art, the Petersen Automotive Museum and The Grove, one of L.A.’s largest shopping malls. It is also adjacent to the La Brea Tar Pits, a site where natural tar that seeps to the earth’s surface has preserved the bones of animals that became mired in the oily muck up to 38,000 years ago.

John Hancock did not respond to an inquiry.