How E-commerce Has Changed Dealmaking 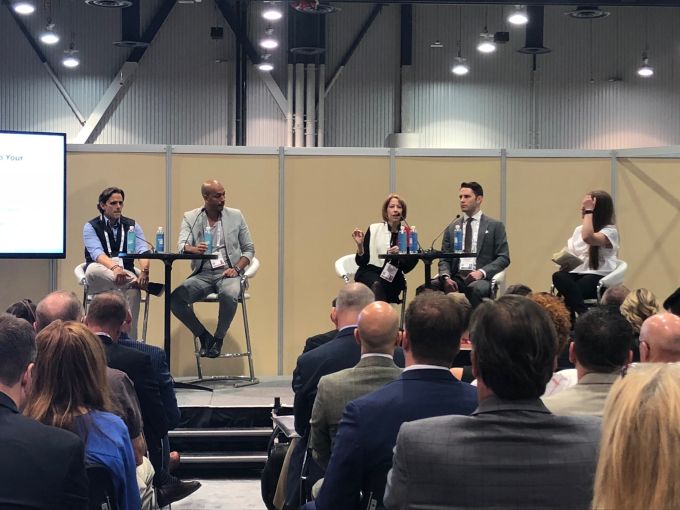 E-commerce retailers and the brokers and landlords who work with them agree that flexibility is key in attracting trendy “clicks-to-bricks” tenants like Glossier, Warby Parker and UNTUCKIt.

“As a landlord we try to do 10-year leases, but trying to explain 10 years to some of these young brands [is hard], because some of them haven’t even been around that long,” said Brandon Hoffman of real estate investment firm Ashkenazy Acquisitions, during a panel on drawing e-commerce tenants to storefronts at the International Conference of Shopping Centers’ RECon in Las Vegas. Landlords who want to attract startup e-retailers have to be willing to settle for one- or two-year leases, he explained, because those kinds of companies want to be able to test the market before they commit for the long haul.

Mohamed Houache, the CEO of Storefront, which has been termed “Airbnb for retail,” explained that pop-ups play an important role in helping e-commerce retailers figure out where they want to sign long-term deals. And Storefront connects those retailers with landlords who need a way to close the gaps between long-term tenants.

“What Storefront is trying to say to the market is that you can match your long-term liability with your short-term revenues,” he said. New York City owners in particular are searching for pop-up tenants because vacancy rates are high along Manhattan’s expensive retail corridors, he added.

Meanwhile, young online retailers rely heavily on metrics, property comparables and sales volume to figure out where they should be setting up shop. (Commercial Observer reported yesterday that with fewer comps available, retailers are increasingly relying on sales volumes when it comes to real estate.)

“The ability to do something with data sets a retailer apart from day one,” said Aaron Sanandres, the CEO of fast-growing shirt startup UNTUCKIt. “The challenge is logistically doing that. We have 19 or 20 different systems.”

“We did the first pop-up for TheRealReal in New York and they did so well that they moved up their timeline and signed a longer lease,” said veteran retail broker Robin Abrams of Eastern Consolidated. She added that the online-turned-bricks-and-mortar consignment shop fulfills orders more quickly than many e-commerce operations because they ship from the storefront rather than from a warehouse.

It’s becoming increasingly common for tenants to search for ways to turn pop-ups into long-term affairs, Abrams said. “Tenants are wanting to build in first right of refusals [for short-term leases],” she explained, referring to the right to an existing tenant’s right to get the first shot at renewing or extending a lease on a space. “This is becoming more and more the norm, and there are more flexible and creative ways to structure these deals.”