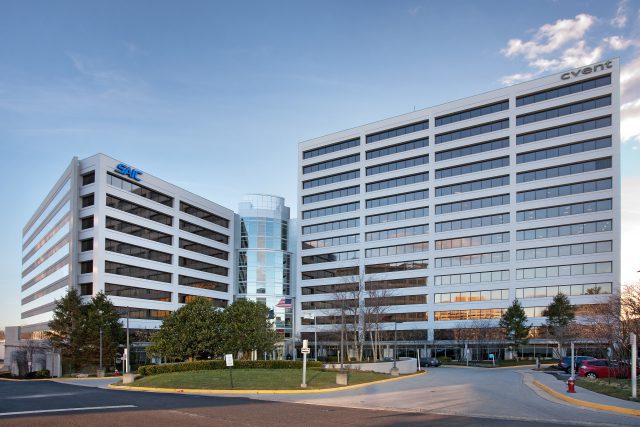 Cvent, a tech company that creates software for businesses to organize meetings and events, has signed a 72,000-square-foot expansion of its Boro Station space at 1765 Greensboro Station Place in McLean, Va., about a 30-minute drive from Washington, D.C.

Cushman & Wakefield, which represented Cvent in the deal, announced the expansion last Thursday. The new lease runs through 2025, according to a C&W spokeswoman.

Cvent’s new digs will span 10 floors at Boro Station, a three-building property in Tysons Corner’s Boro District, growing its total footprint to 140,000 square feet. The additional space aligns with Cvent’s plan to add more than 1,000 jobs worldwide, according to a C&W press release. The company announced in April that it also plans to open new offices in Dubai and Germany later this year.

“As a Virginia native, this is where Cvent began, and we are proud to grow our footprint here in the Tysons area,” said Reggie Aggarwal, Cvent’s founder and CEO, in the release. “The convenient Boro Station location and building amenities have allowed us to attract top talent, and we look forward to supporting the vibrant Tysons tech scene for years to come.”

C&W’s Dale Powell represented Cvent on securing the additional space. He noted “the strong D.C. tech scene” as a factor in Cvent’s decision to expand its headquarters in Tysons. “We are excited to be a part of such a dynamic company’s growth,” Powell said in the release. The broker wouldn’t disclose rents, but in an April 18 lease for 23,064 square feet on the fifth floor, the asking rent was $45 per square foot, according to CoStar Group.

“Cvent, Inc. has been a part of Boro Station from the beginning, bringing a youthful, forward-thinking energy to the project,” said Gary Block, a partner and the CIW of The Meridian Group, which owns the property, in the release. “We are very proud to see its continued success and growth in Tysons and globally.”

CBRE’s Terry Reiley represented Meridian in the lease. Reiley did not return a request for comment.