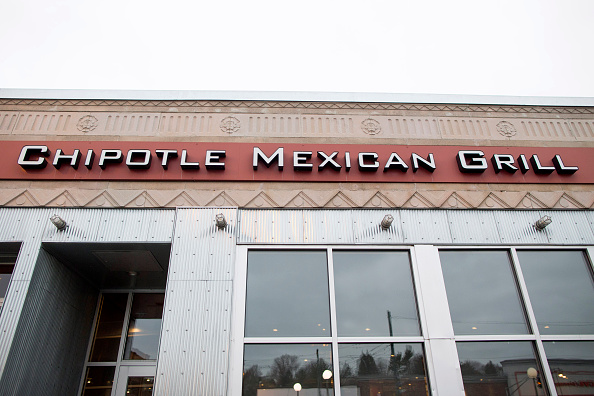 Chipotle is coming to the Shops at Park Village in Congress Heights. Photo: Scott Eisen/Getty Images

Chipotle Mexican Grill has signed a lease at 1541 Alabama Avenue SE for its first D.C. outpost east of the Anacostia River.

The fast-food eatery will occupy 2,430 square feet in the Shops at Park Village, in a space that formerly housed SunTrust Bank, according to a spokeswoman for Rappaport, which represented the landlord in the deal.

Chipotle signed a 10-year deal during the week of May 20, according to the Rappaport spokeswoman. She declined to disclose the asking rent.

“Having a national brand like Chipotle commit to a location in Ward 8 is a huge milestone,” Matt Ritz, a senior vice president for landlord WC Smith, told Commercial Observer. He has led the shopping center’s development since Giant grocery store opened 10 years ago.

Ritz added: “For a long time, Ward 8 has been underserved by retail and I think Chipotle’s coming reinforces that there is opportunity for retail to go in Ward 8 and there are incomes that can support it.”

Ritz also said that Chipotle is a great complement to existing shops in the Congress Heights shopping center such as IHOP, Subway and Pizza Boli’s.

“Chipotle is the highest and best use for the center; they are a best-in-class retailer that pioneered the QSR [Quick Service Restaurant] movement and this lease positively signals the retail transformation of the area,” Dickinson said in a prepared statement. “Chipotle seized the opportunity in this neighborhood that is experiencing housing growth and large-scale development.”

Sean Harcourt of H&R Retail, who represented Chipotle in the deal, would only confirm that the previous tenant was SunTrust Bank.

There are 19 Chipotle locations west of the river, according to the company website.