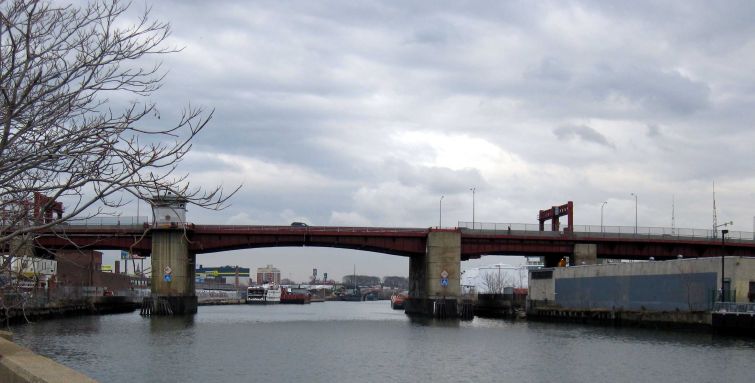 Barclays Bank has lent $27 million to refinance a petroleum facility owned by Zenith Energy in Greenpoint, Brooklyn, according to city property records.

Zenith gained control of the site in December of last year, when the Dutch firm purchased U.S.-based Arc Terminals in a deal worth about $406 million, according to Law 360. The refinancing, which closed on March 21, rolls over previous debt from Atlanta-based SunTrust Bank, dating from Arc’s 2013 acquisition of the property.

In that deal, Arc bought the Brooklyn premises in a $27.4 million purchase from Motiva Enterprises, The Real Deal reported at the time. The 41,000-square-foot terminal, at 25 Paidge Avenue just east of the Pulaski Bridge, is an important node in the fuel distribution network throughout the New York area.

With offices in New York City and The Woodlands, Texas, Zenith’s Arc unit stores and distributes substances like liquified natural gas, asphalt, aviation fuel and naptha—used in paint thinner and lighter fluid—at facilities nationwide, from Pascagoula, Miss. to Grover, Colo. Its Brooklyn location, which boasts the capacity to store 63,000 barrels of fuel, “is strategically located in New York City with ample supply options to optimize gasoline throughput,” according to Arc’s website.

Motiva is a Houston-based firm fully controlled by Saudi Aramco, the world’s most valuable company. Motiva, which owns and runs the United States’ largest oil refinery, in Port Arthur, Texas, had controlled the Paidge Avenue facility since at least 1998, when the firm was formed as a joint venture among Texaco, Saudi Aramco and Shell Oil.

Representatives from Barclays, Arc and Zenith did not immediately respond to requests for comment.