Why an SIOR Designation Is a Must for CRE Professionals 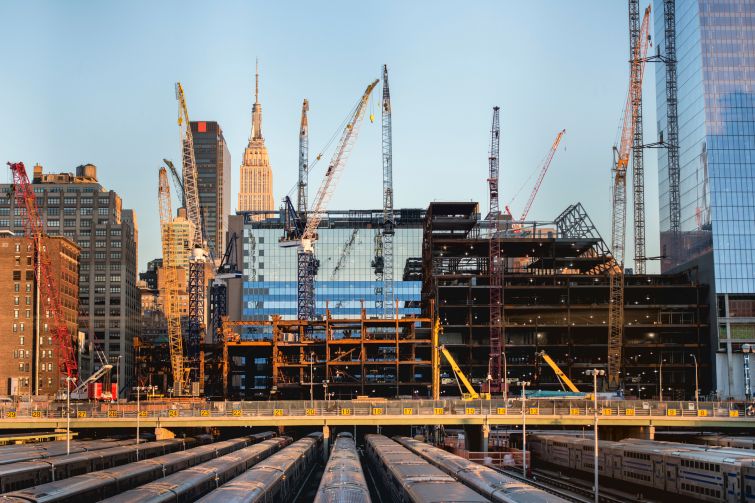 SIOR, the Society of Industrial and Office Realtors, represents over 3,200 commercial and industrial real estate professionals in 36 countries around the world. While the exact production qualifications for SIOR membership varies by location, its significance remains constant worldwide. An SIOR designation is a sign of an office or industrial real estate broker at the top of their field with an expert-level knowledge that places them among the most accomplished in the industry.

While the SIOR designation is recognized today as a symbol of real estate excellence worldwide, it emerged from a patriotic American campaign.

Starting out as the Society of Industrial Realtors (SIR) in 1939, the organization, which became SIOR in 1986, blossomed quickly due to a desire on the part of its 200 charter members to serve their country.

“In the 1940s, about 200 SIR members were asked to locate industrial warehouses to help support the war effort,” said Jim Hirt, CEO of SIOR. “That really kicked the organization into gear.”

SIR’s members worked directly with the War Department (now the Department of Defense) to identify locations for plants needed to construct materials for the war. The organization has been a symbol of expertise in commercial real estate ever since, adding office in the 1980s.

According to Hirt, the SIOR designation represents brokers that have a proven history of transactional success, an expert-level knowledge, and maintain the highest ethical standards.

The requirements for an SIOR designation are extensive.

“The rigor that our members go through to become an SIOR designee is above and beyond anything a non-SIOR broker goes through,” he said.

To apply for SIOR membership, a broker needs a minimum of five years of experience in real estate brokerage and has demonstrated a significant level of production. Then, once they apply, they work toward a progressive series of goals, including taking SIOR classes on ethics and other topics, and obtaining endorsements from current SIOR designees.

“The biggest thing is, you have to maintain a certain gross fee income in three out of the prior four years. You have to prove a deal volume and income level that qualifies you to get into the organization,” said Del Markward, SIOR’s Global President. “Quite frankly, it takes a high level of dedication and professionalism to reach that elevated level of broker to qualify.”

Once earned, Hirt said, the benefits of membership can be “life changing.”

“Of the many membership benefits, the greatest benefit may be the networking opportunities SIOR members have with other SIOR members. We provide these opportunities through our professional conferences, chapter events, and educational programs,” Hirt said. “Networking with other SIORs, whether it be for mentorship, problem solving, or working together on a deal, it’s unlike anything else. SIOR education programs have the most elite subject matter experts providing leading-edge education in industrial and office brokerage. Once members join, they tend to stay. Ninety-six percent of members renew each year and that’s impressive.”

Once the applicant officially earns the SIOR designation, they become part of an exclusive, and highly profitable, organization. Markward noted that around 100,000 people claim commercial real estate transaction experience, including the 65,000 commercial real estate brokers in the database of the National Association of Realtors (NAR), making SIOR’s 3,000 members a small, but impactful, percentage of the field. The amount of consulting assignments and deals they do, and the commissions they earn, far outpaces others in commercial real estate.

“We estimate that SIORs are currently consulting on and completing between 25 and 35 percent of all industrial and office real estate deals in the country (and its presence is growing rapidly globally), despite only numbering about 3 percent of the industry,” Markward said. “So, this is an organization of people that really do a lot of business—the prime movers and shakers in their markets.”

But an SIOR designation doesn’t just profit the members: It brings a lot of benefits for their clients as well.

“The SIOR designation represents so much in terms of qualifying education and experience. Brokers who don’t hold the designation have a more difficult challenge of proving their expertise. The SIOR designated brokers connects them with a global network of other top-level SIOR professionals. It’s another way of accessing other brokers worldwide.”

While SIOR has deep American roots, it is a global organization with chapters in Mexico, Canada, and Europe, and a growing presence in 36 countries around the globe.

If you’d like to locate an SIOR-designated broker, simply go to sior.com and fill in the blanks under “Locate an SIOR Near You.” You can also call SIOR at (202) 449-8200, or send an email to membership@sior.com