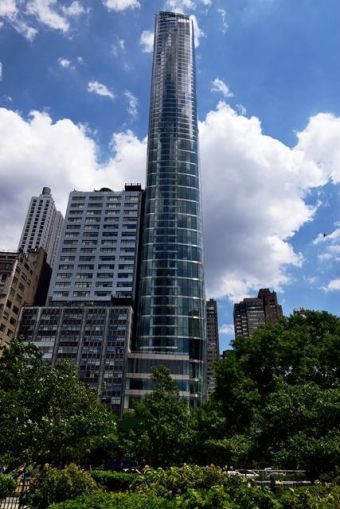 The three-year term loan was provided by MidFirst Bank, and the deal was structured to allow for the sale of individual collateral units, sources told CO.

In November, Time Equities secured $95 million from First Republic Bank to refinance the development, records show. The refinance was collateralized by 46 condominium units within recently completed 191-unit, mixed-use skyscraper at 50 West Street in the Financial District.

The 784-foot-tall, 64-story and roughly 450,000-square-foot condominium tower is situated between Rector and Joseph P. Ward Streets in the Financial District. The building includes approximately 21,000 square feet of commercial retail space, according to PropertyShark, and the third floor houses 15 office condominiums and a conference room.

Francis Greenburger’s Time Equities has owned the site since 1983 and began construction on the tower in 2007. Development hit a wall during the recession, only to pick back up in 2013 where it left off. The firm began condominium sales in July 2014, but Greenburger told CO in August 2017 that sales have slowed compared to when he first put the units on the market. Greenburger added at the time that Time Equities had already paid off $290 million in debt on the property through previous sales.

Officials at MidFirst Bank could not immediately be reached.