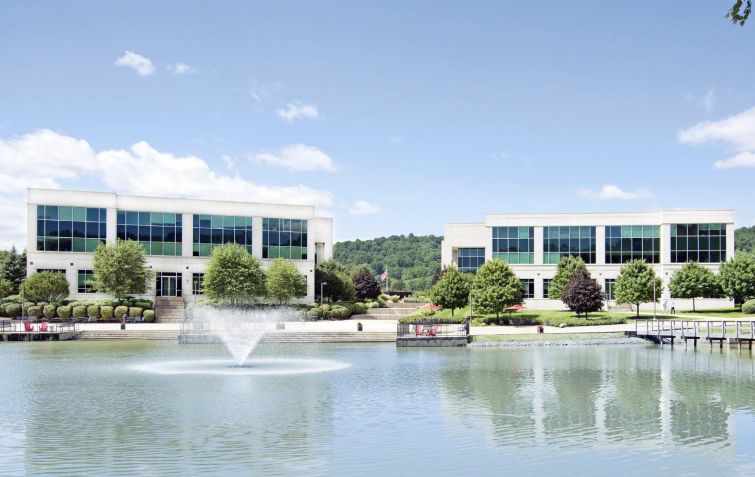 A joint venture of Vision Properties and The Birch Group has secured a $27.1 million bridge loan from Thorofare Capital on its recently purchased office campus in Morristown, N.J., according to an announcement from MLK Real Estate Capital, which brokered the financing.

The debt comes in the form of a three-year first-lien mortgage, with two one-year extension options, at an interest rate that floats above the one-month Libor at what Thorofare called “a highly competitive spread.” The loan, which features interest-only payments over its initial three-year term, comes as the new ownership group aims to further stabilize the office park’s tenancy after a recent renovation.

The site, at 350 and 360 Mount Kemble Avenue in the suburb about 25 miles west of New York City, comprises two Class-A office buildings that were built in 1999 about two miles south of downtown Morristown. Eighty-one percent leased, its tenants include New York-area law firm Coughlin Duffy, as well as Artech, Avaya and TenFour, a trio of enterprise technology companies.

The campus earns the designation “office park” more soundly than many other such properties, featuring landscaped walking trails and a private pond complete with decorative fountains, deck chairs and umbrellas.

Felix Gutnikov, Los Angeles-based Thorofare’s head of origination, expressed his hopes that recent renovations to the campus’ cafe and fitness centers could bolster demand for suites in the building at a time when leases for nearly 3.5 million square feet of commercial space in Morristown are set to come due.

“The reason why we were attracted is that it doesn’t seem like you have to go through an arduous lease-up process,” Gutnikov said. “[We see] good upside from leasing.”

“We like Morristown as a market as a whole,” Kinraich said. “It’s one of the better markets for office leasing in general in northern New Jersey.”

The locality, which boasted a $66,000 median family income at the time of the most recent census in 2010, is bolstered by a stronger sense of place than other nearby markets, the finance broker explained.

“Morristown has a good urban appeal to it,” Kinraich said. “It joins employees from a 45 minute driving radius, with lots of population centers. Other New Jersey suburban markets struggle more with vacancies, [but Morristown has] the urban appeal and a location where it can pull employees.”

A Vision Properties executive was not immediately available for comment, and representatives for The Birch Group did not respond to an emailed inquiry.