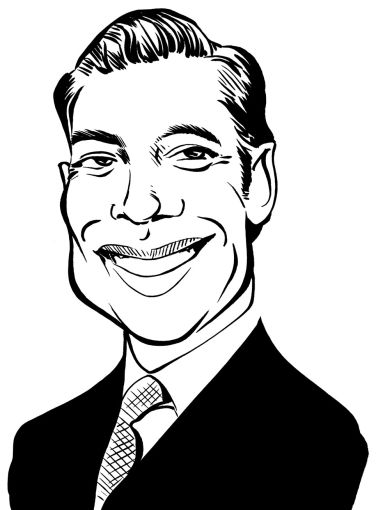 One of the most crucial roles for local savings banks in regulating the flow of capital in the economy is to fund businesses based on new ideas in old industries—the kinds of businesses that make our economy ever-more efficient and our entire society wealthier by extension. The real estate industry is, like every other, constantly evolving and in need of the funding to promote and foster positive change. Because banks, and their regulators, are principally concerned with risk management, there is resistance to new ideas. New ideas, by definition, are unproven and thereby create uncertainty and the perception of risk.

Banks are forced into different market segments not necessarily by their preference for a certain type of lending, but instead by their cost of capital. Small banks must pay a higher premium on deposits than large banks to attract depositors to compensate for a relative lack of convenient locations, menu of financial products and general awareness of their brands. This higher deposit cost translates into a higher cost of capital, which in turn translates into a higher minimum yield on their investments (loans) in order to achieve the same net interest margin as their larger peers.

Because the lending market is fluid and (relatively) efficient in the economic sense of the word, small banks cannot compete for the loans with the lowest-perceived risk level because they cannot be the lowest cost providers. In theory, at least, risk and reward are calibrated. In an effort to differentiate themselves from their large-bank competition, small banks must be willing to do things that the large banks will not do in order to command the rate premium that they need on their loans.

In the New York market, the quest for higher-yielding loans often leads small banks to fund the acquisition of buildings with high levels of vacancy, violations or structural repair needs. It is not clear that these loans are actually riskier than loans without these issues since, in almost all cases, the cost of remediation can be readily quantified and the outcome of remediation can be easily ascertained based on the prevailing market conditions. With that being said, the perception of instability, and the risk associated with the negative carrying costs during the rehabilitation period, drive a significant rate premium of 30 percent or greater on these loans.

Where banks have thus far feared to tread is into the new product types that are at the cutting edge of innovation in the real estate market. A general wait-and-see attitude has been adopted with regard to co-living and micro-apartments.

The perception of risk associated with the unique physical characteristics of these developments, as well as the perceived novelty of their arrangements, has created a perception of risk among lenders. In a space-constrained environment, though, these are exactly the kind of innovations that our city needs to increase affordability and access for its residents. These are close cousins of the blossoming business of coworking spaces, which are treated with more acceptance by lenders. While coworking spaces, though, are often backed with a master lease from a large corporate parent, and many times do not constitute the entire tenancy of an office building, the novel residential arrangements do not benefit from a master lease or offsetting sources of revenue that are perceived as more stable.

The reality, though, is that every bank that is making loans against a building with multi-bedroom, free-market units in, for example, the East Village, is lending against a nameless, unbranded co-living facility. Every lender that has ever made a loan on an single room occupancy or all-studio unit building has already lent against a micro-unit dwelling, if not in name, then certainly very much in practice. The small savings banks of New York and New Jersey should be fighting for a chance to fund these innovations where the perception of risk is high due to novelty, but the reality of risk is quite low because the novelty itself is all in the brand and not the product. Lending on these products is a much less risky way for small banks to expand their loan portfolios than engaging in the current race to the bottom in pricing. Funding these buildings will allow small banks to reap rewards incommensurate with the risk that they are taking and increase revenue without increasing losses. Not only do the health of our city and the progress of the real estate industry depend on it, but in an environment with shrinking loan opportunities due to lower overall transaction volume, the health and prosperity of the small banks depend on it.

Andrew Dansker is a senior director at Marcus & Millichap.