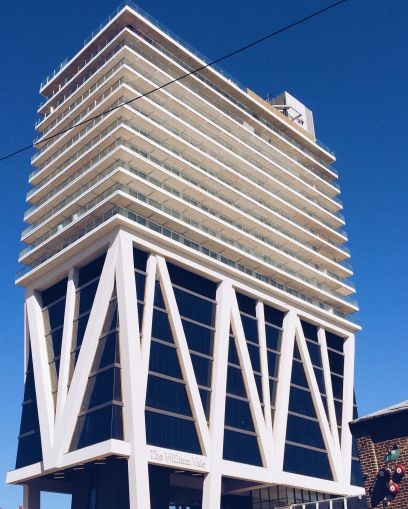 The City Planning Commission earlier this week kicked off public review for a zoning change that would create a special permit to limit hotel development in industrial zones. While many in the real estate industry loathe the special permits, some hotel owners are surprisingly in favor of them.

The amendment would require hotel builders in M1-zoned areas to undergo a full public review process in order to get the special permit, which means sign-offs from community boards, borough presidents, the City Planning Commission and the City Council. Unless a developer secures the special permit, the New York City Department of Buildings won’t give the go-ahead to a new hotel project.

Developers will be allowed to build hotels in only three industrial neighborhoods as-of-right in New York City—East Elmhurst by LaGuardia Airport and Ozone Park and Springfield Gardens by John F. Kennedy International Airport (all in Queens). Special mixed-use districts like Long Island City will also be exempt from the special permits.

“If it keeps additional hotel development from getting approved within the city, that’s a good thing for existing hotels,” said Dream Hotel Group CEO Jay Stein. “Anything that can help current hotels raise their average daily rates is badly needed.”

The policy was first proposed in 2015 as part of Mayor Bill de Blasio’s plan to preserve industrial jobs. But it also benefits the New York Hotel & Motel Trades Council, the powerful hotel workers union that backed both of the mayor’s election bids and donated heavily to his campaign. While city planners would never admit it, the special permit process would allow the City Council to impose union labor requirements on a development. And most outer-borough hotels—which are by and large built in industrial zones—employ non-union workers.

Imposing a special permit will stymie hotel development and make it more expensive to build, said lawyer Mitchell Korbey, who chairs Herrick Feinstein’s land-use group. And he pointed out that hotels are one of the few profitable uses that the city allows as-of-right in industrial neighborhoods.

“A number of hotels have revitalized M1 neighborhoods with very little manufacturing,” he said. “Like the Ace Hotel and the Nomad Hotel. It has brought life to those areas and stimulated new businesses, restaurants and bars.”

“We had 64 million tourists visit New York last year,” he explained. “They need choices and a wide variety of places to stay. This will have a chilling effect on the tourism economy and an enormous impact on the city.”

On the other hand, Robert “Toshi” Chan, who owns a stake in the Flatiron Hotel at 9 West 26th Street, said the special permits would serve an important purpose in preserving the city’s industrial zones.

“As a hotel owner I would love that, [because] we have an oversupply of hotels. And as a New Yorker, you see [hotels as] commercial gentrification of manufacturing and industrial, which makes New York a great place. I don’t think it’s necessarily the best thing to have a hotel in an industrial zone. Having manufacturing go further from the center of the city increases carbon costs, and you’re taking away blue-collar jobs in New York City. I like that they’re doing it.”

Not surprisingly, the Real Estate Board of New York blasted the proposal as burdensome and unnecessary.

“We are strongly opposed to this effort to constrain the rights of property owners to address a market condition that needs no correction, and appears to be motivated by factors unrelated to sound planning,” said John Banks, the group’s president, in a statement. “Banning hotels will not create any new industrial space. The city should relieve the burdens that zoning places on manufacturing uses, rather than restrict hotels based on an unproven assertion that hotels are the cause of the problem.”

However, the zoning text amendment does include a potentially controversial carve-out for new hotels that will be used as homeless shelters. Hotels “operated for a public purpose” will not need to go through the special permit process, and hotel-to-shelter conversions will also be exempt from the permit requirement, according to zoning documents from the Department of City Planning.