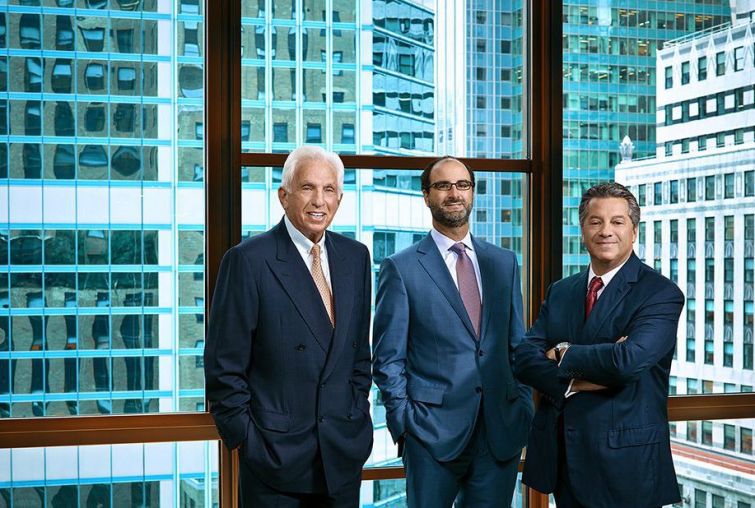 Stephen L. Green, the founder and chairman of SL Green Realty Corp., will be stepping down from his position as the chairman of the board of the city’s largest commercial real estate landlord, SL Green announced today.

Marc Holliday, the CEO of the real estate investment trust, will replace Green as chairman in January 2019, SL Green said in a filing with the Securities and Exchange Commission.

The 80-year-old Green, who has served as the chairman of the company which bears his name since 1997, will remain with SL Green as chairman emeritus. But he will retreat from the role that has seen him, alongside Holliday, oversee the REIT’s “long-term strategic direction,” SL Green said.

Green founded SL Green predecessor S.L. Green Properties in 1980 and ran the privately owned firm until its initial public offering in 1997. After SL Green went public and assumed REIT status, he served as both chairman and CEO until January 2004, when Holliday joined the company as CEO.

“It has been my great privilege to work with Steve Green over the past two decades; he is a mentor, partner and friend,” Holliday said in a statement. “While we will miss his presence on a day-to-day basis, Steve’s DNA is all over this company and his legacy will last forever in New York.”

Holliday noted that Green “had the vision to pursue the first REIT focused solely on New York City commercial real estate”—a strategy that has paid considerable dividends for the company, which has grown significantly in the 20-plus years since it became a publicly traded entity.

The company has made waves in the New York City real estate market in recent years through both acquisitions—such as its $2.6 billion purchase of 11 Madison Avenue in 2015, one of the largest single-building property transactions in the city’s history—and new development, such as its 1,401-foot-tall One Vanderbilt office tower currently under construction next to Grand Central Terminal.

And while the city remains SL Green’s core market by a significant margin—it held interests in 118 Manhattan buildings totaling just under 50 million square feet at the end of the first quarter of this year, according to its website—the company has also expanded its business beyond the five boroughs to suburban markets including Long Island, Westchester County and Connecticut, where it owns around 3.7 million square feet of space across 25 properties.

SL Green also announced several changes to its executive compensation structure Monday following shareholder feedback on its pay practices. Green saw his total compensation reduced for the third consecutive year, to nearly $2.9 million from just over $4 million in 2016, while Holliday—who earned more than $17.4 million including incentives in 2017, up marginally from $17.3 million in 2016—will see his base salary reduced in 2018 to $1.25 million, from $1.35 million previously.

The SL Green CEO signed a new contract earlier this month that goes into effect in January 2019 and will restructure Holliday’s compensation “to simplify its composition and enhance the transparency in the structure of short-term and long-term awards,” the company said. The changes include eliminating discretionary annual equity bonuses and amending the terms of financial incentives dictated by long-term performance.

Update: This story has been updated to include a statement from SL Green CEO Marc Holliday and details on SL Green’s executive compensation reforms.