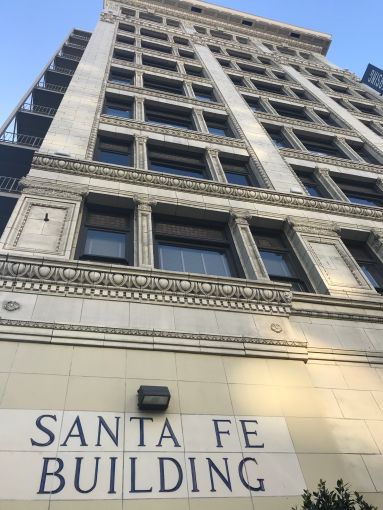 The 11-story, 213,560-square-foot multifamily property, which includes the connected 560 South Main Street and 121 East Sixth Street, is comprised of 132 apartments and ground-floor retail, according to an official release.

With the purchase, MWest now owns three adaptive reuse projects downtown as well as 10 historic buildings throughout the Los Angeles area. In 2016, the company bought the Lofts at NoHo Commons in North Hollywood for nearly $103 million, according to the San Fernando Business Journal..

Mike Condon of Cushman & Wakefield, who brokered both sides of the deal along with Kelli Snyder and Brianna Demus, said the sale is especially significant as Santa Fe Lofts is one of the largest multifamily adaptive reuse deals to sell since 2012 and is one of the five largest adaptive reuse multifamily projects in all of Downtown Los Angeles. With the addition of Santa Fe Lofts, MWest Holdings totals three adaptive reuse projects in Downtown Los Angeles, and now 10 historic buildings in the L.A. area.

“This type of sale in Downtown L.A. is rare; only 20 sales of this property type have been recorded in the area in the past 17 years,” Condron said in a press release about the deal. “The sale points to the broader gentrification of several DTLA submarkets such as the Arts District, Jewelry District, Chinatown and most specifically in the Old Bank District.”

MWest Holdings plans to renovate and upgrade the building, but will keep it as a mixed-use project with multifamily and about 20,000 square feet of retail, the press release indicates. Key tenants are a Mexican-style bar called Las Perlas, Pussy & Pooch boutique pet grooming store), Wake & Late coffee bar and a bar called Redline gay bar and pub. According to MWest’s website, specific upgrades include refreshing the rooftop deck, and constructing a modern fitness center.

“The intent of the buyer, MWest Holdings, is to take the wonderful upgrades that the seller has already implemented at Santa Fe Lofts, with items such as mechanical upgrades and rooftop amenity space, and take it a step further to make this a truly Class-A adaptive reuse project,” Condon said in the release.

Kelli Snyder from the C&W team noted that the sale showed a continued path of investment dollars in and around the northern end of the Old Bank District. “It’s an exciting place to be right now, maybe one of the most enticing pockets in all of Downtown LA,” she said in prepared remarks.

The Beaux Arts-style building was originally commissioned by industrialist William Kerckhoff in 1907 and designed by prominent L.A. architecture firm Morgan and Walls. One of the building’s most notable owners was Santa Fe Railroad, which bought it in 1933 and occupied seven floors for more than 50 years, according to historic records.