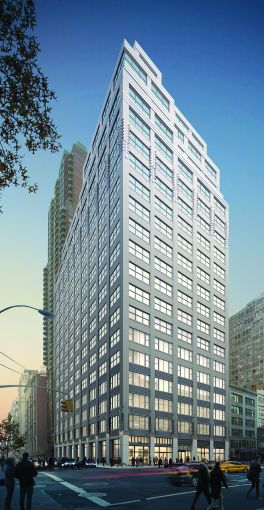 Global analytics technology company Media iQ Digital is tripling the size of its office space with a relocation within the Feil Organization portfolio, the landlord announced today.

Media iQ Digital has leased 23,396 square feet spanning the entire 25th and 26th floors of 261 Fifth Avenue between East 28th and East 29th Streets. The space includes exclusive access to a large portion of a private rooftop terrace via a passenger elevator.

The asking price in the 10-year lease was $85 per square foot, a Feil press release indicates.

“We were thrilled to accommodate the rapid growth of an existing tenant within our portfolio of 14 buildings in New York City,” said Brian Feil of Feil in prepared remarks. “This proves that our strategy of owning corner buildings in great locations near transportation and of various size around the city allows us to establish and maintain long-term relationships with our tenants. Over the past 10 years, we have patiently renovated and upgraded the majority of our office properties, and in each case have succeeded in bringing in high-caliber tenants.”

Companies taking occupancy at the 26-story, 405,000-square-foot 261 Fifth Avenue, which was recently renovated with a new lobby and facade, include Himatsingka USA, Richloom Fabrics Group, Dan Klores Communications and Tumi.