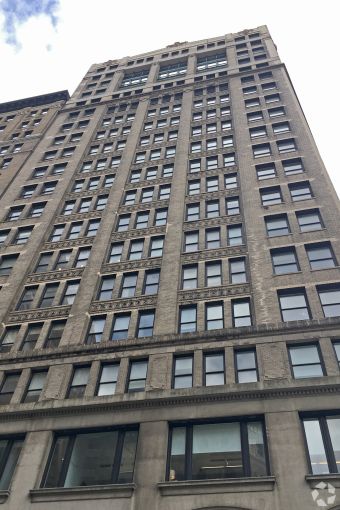 Fenwick & West, a technology and life sciences law firm, has signed a 36,400-square-foot deal at 902 Broadway to relocate its offices from Midtown to the Flatiron District, according to CBRE and Fenwick press releases.

The law practice will occupy the entire 14th and 15th floors in the 20-story building between East 20th and East 21st Streets, which is owned by the Rosen family. The asking rent in the 10-year deal was $69 per square foot.

“We are thriving in New York,” Fenwick chair Richard Dickson said in prepared remarks. “Our focus on serving the legal needs of technology and life sciences companies, many of which are concentrated in the Flatiron District, makes it an ideal location. New York is also a very healthy market for top legal talent and we intend to continue recruiting talented professionals.”

Fenwick, a Silicon Valley-based firm with offices in San Francisco, Seattle and Shanghai, will more than double the size of the its current offices at 1211 Avenue of the Americas between West 47th and West 48th Streets in Midtown. There the firm has 15,770 square feet, according to CoStar Group.

“We were happy to assist the partners in finding the perfect location and bringing them closer to the companies they serve,” said CBRE’s Ken Rapp, who handled the deal for Fenwick alongside colleagues David Kleinhandler and Clay Hammerstein.

The law firm opened its New York practice just two years ago and the staff has grown to more than 30 professionals, doubling its initial headcount. Fenwick is moving into 902 Broadway in the fall.

Max Koeppel of Koeppel Rosen, the leasing and managing agent for the property, represented the Rosen family.

“A move to 902 Broadway places Fenwick at the heart of the tech community and in the center of major industries working with emerging technologies,” Koeppel said in a statement.