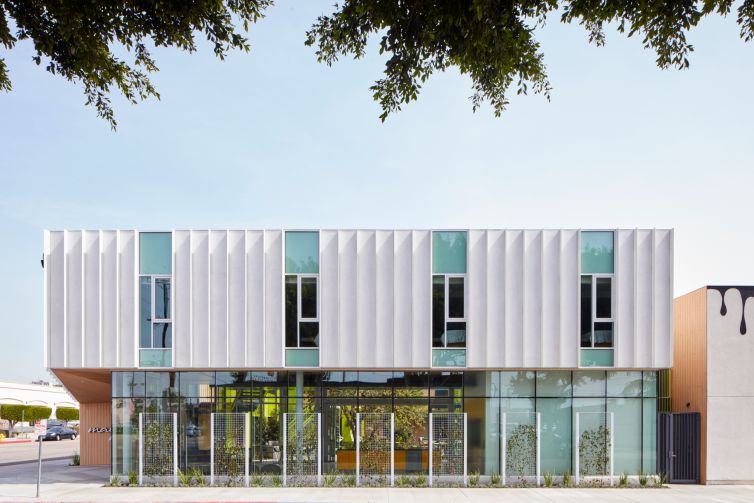 Office developer HQ Creative is set to open a flexible-stay residential building in Culver City on May 1. Dubbed Mayumi also known as “We Are Best Day,” the 35-unit concept located in the entire building at 5630 Sawtelle Boulevard is the first residential project for developer HQ Development as it seeks to capitalize on the co-living trend.

Robert Herscu, the CEO and founder of HQ Development, described it to Commercial Observer as a hybrid between a hotel and apartment building, likening it to Melrose Place, for those familiar with the 1990s-era show.

The two-story, approximately 15,000-square-foot property—the site of the former Westchester Hotel—has been redesigned by the architectural firm ShubinDonaldson. HQ Creative acquired the property in 2015 for $4 million, according to CoStar Group, and sunk an undisclosed amount into renovations to better reflect its aesthetic. (The firm is behind 13 sleek boutique creative office conversions in West Los Angeles and Hollywood, including The Campus at Jefferson at 9950 Jefferson Boulevard and Seward House at 729 Seward Street.)

Mayumi will feature 300- to 350-square-foot private apartments centered around a courtyard. The micro-units will be fully furnished with an ensuite bathroom and, in addition to weekly housekeeping, high-end bedding and bath linens, will include a 50-inch Smart TV with Direct TV, free private network with high-speed fiber and a touchscreen that manages lights, shades and thermostat.

Long-term residents share common spaces, including kitchens, a laundry room, living rooms and a wellness garden, which are meant to promote social interaction. Programming for residents and “alumni” will include influencer panels, fitness classes, culinary events and film screenings.

Rates will range from $100 a night for those staying 30 days to around $150 for those opting for less time, according to Herscu.

Herscu said the residences, with their short-term commitment—residents can renew on a month-to-month basis and aren’t locked into year-long leases—and high social engagement approach cater to millennials and creative talent recruited to Los Angeles by high-tech and social media platforms. He was inspired to create the project by the rising popularity of social clubs like Soho House in West Hollywood and projects like Downtown L.A.’s Hotel Cecil, which New York developer Simon Baron and co-living company Ollie turned into 301 micro-apartments.

“There is a thing with millennials right now where no one talks to one another,” Herscu said. “They just text and they want community. That’s why all these social clubs have become popular because everyone is desperate for community. That’s what I’m trying to create, a sense of community.”

HQ Creative Office is a developer of upscale creative office space in Los Angeles. It is a subsidiary of The HQ Group, which currently owns and manages a portfolio of shopping-centers, high-end restaurants, and ancillary related businesses. HQ Creative recently completed renovating an office campus at 720 North Cahuenga Boulevard in the Hollywood Media District among its portfolio of office campuses in the 50,000 square foot range.

Update: This article originally referred to ShubinDonaldson by its previous name.