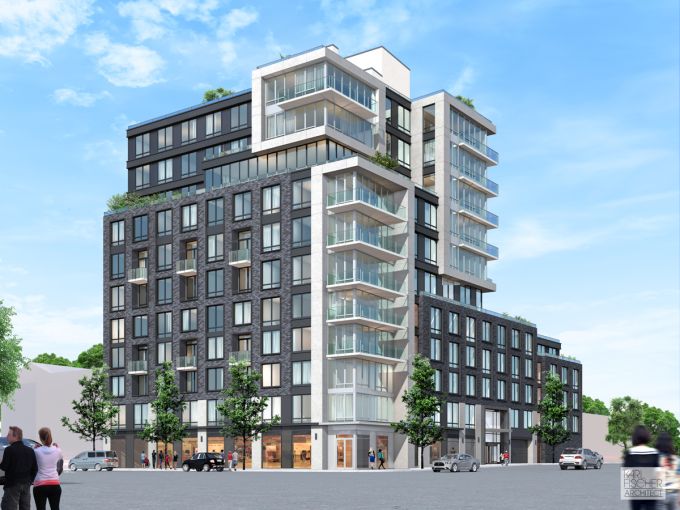 A rendering of 575 Fourth Avenue. Courtesy: The Daten Group.

New York-based developer The Daten Group has now received the funds to move forward with its 84,000-square-foot residential building in Brooklyn.

The company, founded and led by David Ennis, received a $54 million debt package, which is comprised of a $40 million first mortgage from Centennial Bank and a $14 million mezzanine loan from Terra Capital Partners, sources have told Commercial Observer. Both mortgages have a 30-month term with two six-month extension options.

The structure of the debt package is similar to that of many development financings as of late, as banks have not been providing loans at high leverages. Often times, mezz lenders will step in and allocate funds for the remaining construction costs.

“We are pleased to have closed on mezzanine financing with Terra for our newest residential development in Brooklyn,” Ennis said in prepared remarks provided to CO. “Terra was able to step in quickly and evaluate, underwrite and ultimately close on this complicated transaction in less than six weeks. We appreciate their professionalism and attention to detail and look forward to a long-term relationship.”

Daten acquired the land parcel, located at 575 Fourth Avenue between 16th Street and Prospect Avenue in Park Slope, for $17 million in November 2015, city records indicate. The development is slated to be completed in the fourth quarter of 2018, and there will be 70 condominium units, 6,600 square feet of retail and 48 indoor parking spaces.

“Over the last 10 years, Fourth Avenue in Park Slope has transformed from an industrial and commercial strip into a desirable residential corridor that offers relative value compared with the more established neighborhoods nearby,” said Adam Kies, the managing director of Terra Capital. “We are excited about this project’s high-quality design and extensive amenity package. We expect the property to appeal to both families and young professionals due to the optimal unit layouts, including many with outdoor space and sweeping views of New York Harbor, and the proximity to public transportation and a well-regarded public school.”

A representative for Centennial was not immediately available for comment.