Female Power: For the First Time, the Top Spot Goes to a Woman 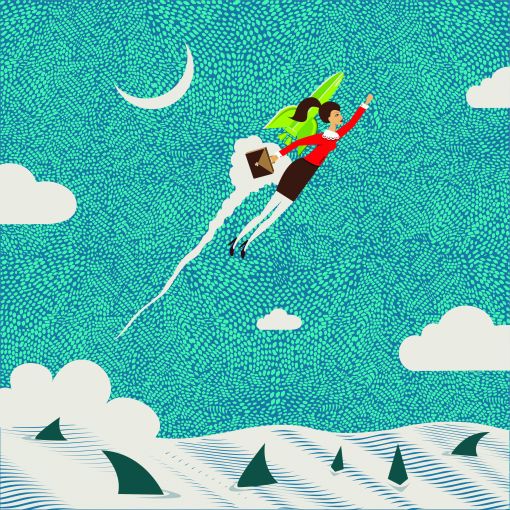 This year is a milestone for Commercial Observer with the No. 1 spot on our Power 50 list going to a woman for the first time. While she is joined in her ranking by Doug Mazer, the head of real estate capital markets, Kara McShane has well earned her place at the top of the list.

As the head of commercial real estate capital markets and finance at Wells Fargo, McShane was instrumental in her company having a record-setting 2017.
She told CO that in 2018 Wells Fargo is likely to do even better than that!

“Our goals are to continue to grow our business, and from where I sit, it’s shaping up,” she said.

Of course, McShane wasn’t the only woman to make our most powerful list.

Michele Evans, a senior vice president and COO of multifamily at Fannie Mae, rose through the ranks along with Jeffrey Hayward, the executive vice president of multifamily, to No. 14 from No. 25 last year. And that was because of the second straight record-setting year for the government-sponsored entity’s multifamily group.

Marcia Diaz, the global head of originations at PGIM Real Estate Finance, along with the company’s president and CEO, David Durning, made No. 21 on the list, due in large part to the firm’s slight jump in originations in 2017 to $14.8 billion from $13.9 billion in 2016. But the pair dropped a bit from its 2016 ranking of 17.
While Ladder Capital’s ranking remains the same this year at No. 44, Pamela McCormack, the firm’s president, is new to the list.

McCormack, who won the No. 44 spot with Brian Harris, the company’s CEO, noted that they both have their own capital in the company so that, when they make loans, they are sure they don’t “make loans that we think are going to default.”

Greta Guggenheim, the CEO and president of TPG Real Estate Finance Trust as well as a partner of TPG, held a spot on her own. She inched up to 45 this year from 46, thanks in part to the fact that the company did $2 billion in originations in 2017, a 60 percent increase from the year prior.