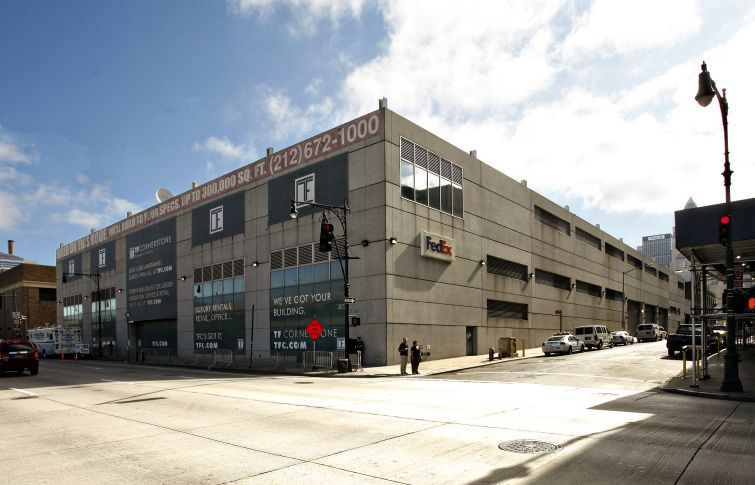 Events space provider The Glasshouses has looked to Hell’s Kitchen for its second Manhattan venue after agreeing to a 75,000-square-foot lease at a soon-to-be-expanded commercial building at 660 12th Avenue.

The company signed a 30-year deal for a space at the property between West 48th and West 49th Streets, which currently holds a two-story building housing a FedEx distribution center but is being expanded via a five-story office addition rising above the FedEx facility.

Asking rent in the deal was in the $80s per square foot, according to Jay Cummings of J.R. Cummings Real Estate Co., which represented landlord Bay Ridge Auto Group in the transaction. The Glasshouses had no broker representation.

The Glasshouses will be taking the entire sixth floor and part of the fifth floor at the expanded property, with a Lexus showroom occupying the third and fourth floors, Cummings told Commercial Observer. The events space will have outdoor terraces and views of both the Hudson River and the Midtown Manhattan skyline, as well as 20-foot ceilings that will extend up to 40 feet in height on part of the sixth floor.

The Real Deal first reported the news of The Glasshouses lease.

The Hell’s Kitchen facility—which The Glasshouses is opening in partnership with equity investor The Carlyle Group—aims to capitalize on its proximity to both Hudson Yards and Midtown to attract corporate clientele, The Glasshouses Partner Alex Holiday told CO. The multipurpose, flexible space will be able to hold up to 2,000 people in a variety of configurations for events ranging from weddings and bar mitzvahs to holiday parties, trade shows and conferences.

The Hell’s Kitchen location is expected to open in fall 2019, with The Glasshouses commencing its buildout of the space early next year after Bay Ridge Auto completes construction on the commercial addition, Holiday said.