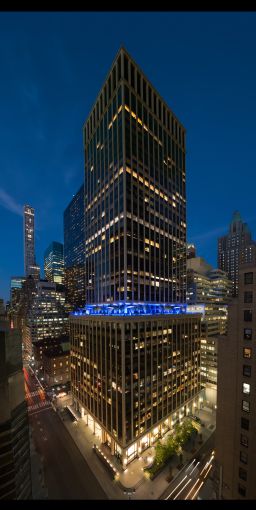 In the larger of the two transactions, the Netherlands-based ACT Commodities completed a 12,945-square-foot lease to nearly triple the size of its New York offices in the 850,000-square-foot building, which sits on a full block front between East 49th and East 50th Streets.

The company, which trades energy and environmental commodities, will relocate within the building to a portion of the 17th floor of the 40-story tower, according to the tenant’s broker, Savills Studley. Its lease is for 10 years and the asking rent in the deal was $85 per square foot.

ACT Commodities has been located at 437 Madison Avenue since 2016, according to information provided by the landlords. The company is currently in 4,805 square feet on the 19th floor. It had signed a five-year deal for that space, but quickly outgrew it. The landlords agreed to take back the old space without penalty as a result of the new deal and the landlords are building out the new offices for the tenant.

“The business in New York expanded much faster than they had anticipated,” Savills Studley’s Craig Lemle, who handled the deal for ACT Commodities with colleague Nick Zarnin, told CO. “They ran out of space so we put together a new deal.

In the other transaction, private equity firm Landmark Partners completed a 7,779-square-foot lease at the building, according to information provided by the landlords. The financial investment services company, which has more than $15 billion in funds under management—according to its website—will occupy a portion of the 39th floor of the building.

Landmark Partners is relocating from nearby 681 Fifth Avenue between East 53rd and East 54th Streets, where it had about 4,000 square feet, later this year. This deal is for 10 years. Byrnam Wood’s Gordon Ogden and Nick Gilman handled the negotiations for Landmark Partners. Ogden declined to comment on the transaction. The asking rent in the deal was $95 per square foot.

“Midtown East is continuing to show strength in 2018,” Michael Lenchner, a vice president at Sage Realty Corporation (the leasing and management arm of William Kaufman), who handled both of the deals on behalf of the landlords, said in a prepared statement. “This is an exciting time for our building.”

Lenchner handled the deals for the landlord along with a JLL team of Frank Doyle, Cynthia Wasserberger, David Kleiner, Harlan Webster and Hayley Shoener.

In a smaller lease that was signed recently, cybersecurity firm Darktrace took a 5,903-square-foot section of the 32nd floor to expand its footprint in 437 Madison Avenue to 9,710 square feet. The company has been operating in a 3,807-square-foot office in the building since 2016, as CO previously reported. Also, private investment firm Kenner & Company renewed its 5,369-square-foot offices on a portion of the 36th floor. The asking rents in the building generally range between $80 per square foot and $110 per square foot, according to a spokeswoman for the landlords.