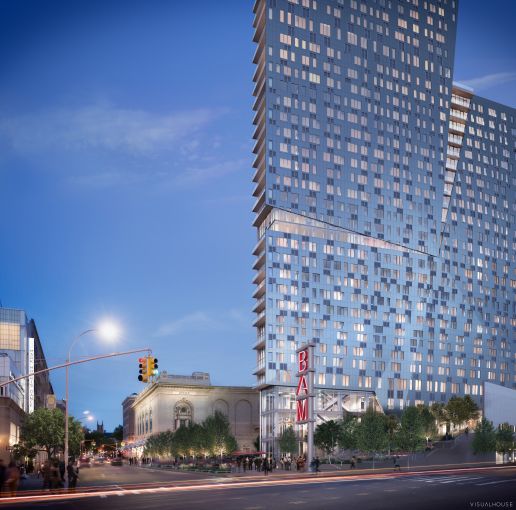 Rents along nearly half of Brooklyn’s major retail corridors took a dive during the winter, according to a new report from the Real Estate Board of New York.

Average asking rents slid in seven out of 15 of the borough’s shopping strips from winter 2017 to winter 2018, REBNY found in its latest Brooklyn retail report. Rent growth in the other eight areas was driven largely by new development.

The biggest decrease in average asking rent occurred on Franklin Street between Meserole Avenue and Commercial Street in Greenpoint, which took a 36 percent dive to $57 per square foot from $89 a foot over the past year. Pricey Williamsburg retail also took a hit, sliding 8 percent to $122 per foot from $132 a foot along North 4th Street between Kent Avenue and Driggs Avenue and 11 percent, to $101 from $113 a foot, on Grand Street from Havemeyer Street to Kent Avenue.

Retail rents in Brooklyn mimicked what was happening in the retail market citywide, said Diana Boutross, an executive managing director of retail services at Cushman & Wakefield and a member of the advisory committee that authored the report.

“The rents are adjusting because the rents are too high, the volumes are dropping and it’s basically a correction in retail rents,” she said. She added that that was particularly true in Williamsburg, where landlords had been aiming too high in terms of asking rents and stores were beginning to close.

The southern Brooklyn market also experienced some corrections. Average asking rents dropped 23 percent, to $145 a square foot from $188 per foot, along Montague Street between Hicks Street and Cadman Plaza in Brooklyn Heights. And Seventh Avenue between Union and Ninth Streets in Park Slope saw rents dip 11 percent, to $114 from $129 a foot. These markets are full of older, smaller retail spaces that big tenants are less likely to pay top dollar for, and landlords are beginning to adjust their expectations for rents accordingly, the report notes.

Meanwhile, the biggest increases were in Dumbo—where average asking rents shot up 13 percent to $143 per foot from $127—and along Flatbush Avenue from 5th Avenue to Grand Army Plaza, which saw a 30 percent increase to $132 from $102 per square foot.

The Dumbo boost can be attributed to more visitors to Brooklyn Bridge Park, which opened its Pier 5 last summer, the report said. The redevelopment of Empire Stores has also drawn more shoppers to the waterfront neighborhood.

“[New development] is going into corridors where there were old buildings that had like three stores, three floors and an apartment upstairs,” Boutross said. “And now there’s a big residential tower.”