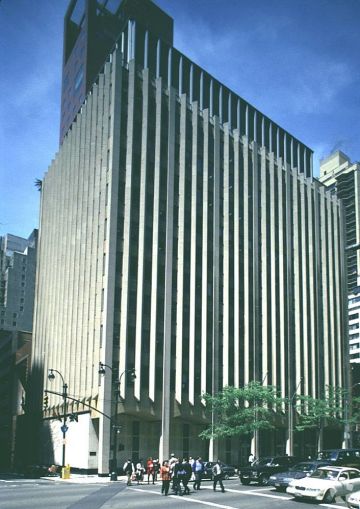 The Lyceum Kennedy International School has inked an early renewal to keep its Manhattan campus at 815 Second Avenue in Midtown East for an additional seven years, Commercial Observer has learned.

The institution, which offers bilingual education to children from preschool through 12th grade, will continue to occupy its 12,708-square-foot space on a part of the second floor of the building at East 43th Street. The asking rent in the transaction was $55 per square foot, according to a spokesman for the landlord’s broker, Avison Young.

The structure is owned by The Domestic and Foreign Mission Society of the Protestant Episcopal Church.

Lyceum Kennedy was founded in 1964 and named in honor President John F. Kennedy, who was killed the prior year. In 1986, a Japanese professor and linguist acquired the school and in the late 1990s the institution added a Japanese language school, according to its website. The school has another campus in Ardsley, N.Y. Lyceum Kennedy did not have a broker in the renewal transaction.

In a recent but separate transaction, nonprofit organization The Children’s Defense Fund signed a 2,921-square-foot, three-year lease for space on the eighth floor of 815 Second Avenue. The asking rent was also $55 per square foot as well. And the organization did not have a broker.

“The Midtown East neighborhood remains one of the most in-demand office markets in Manhattan and these two leases confirm that interest [is] in the neighborhood and well-maintained, boutique office buildings like 815 Second Avenue,” Avison Young’s Arthur Mirante, who handled the deals for the landlord alongside colleagues Martin Cottingham and Matthew Pynn, said in prepared remarks.