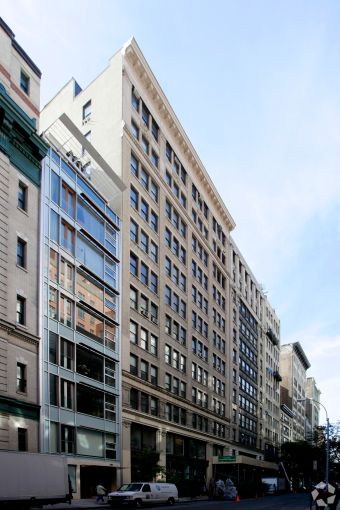 This deal was probably a piece of cake.

NY Cake, a cake decorating and baking supplies store, has signed a 10,500-square-foot lease at Adlie Associates’ 118 West 22nd Street, doubling the size of the merchant’s digs a block away, Commercial Observer has learned.

The family-owned company will relocate to the entire ground floor of the 12-story, 90,000-square-foot building between Seventh Avenue and Avenue of the Americas, which is managed by GFP Real Estate (formerly known as Newmark Holdings).

The company will continue to sell baking equipment and host baking classes. The asking rent in the 10-and-a-half-year deal was $100 per square foot, according to a spokeswoman for GFP.

NY Cake will relocate from 56 West 22nd Street between Avenue of the Americas and Fifth Avenue, where it has been for more than two decades, around July 1.

“We are thrilled that such a respected Manhattan institution as NY Cake has chosen to continue growing its operations at our property,” Roy Lapidus of GFP, who handled the deal in-house for the company, said in prepared remarks.

Brierty did not immediately respond to a request for comment via an NKF spokeswoman.